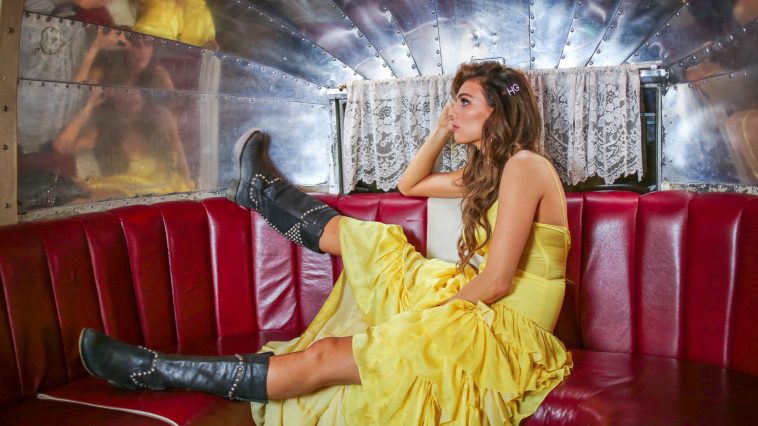 The clip includes sweet home footage showing Twinnie growing up, including cute videos of dance recitals and of her mother and father cradling her as newborn. The film is shot in a beautiful way and brings the song’s story to life perfectly.

The lyrical story of the track is based on the York singer/songwriter’s background and history and gives an insight into her two worlds of growing up within Gypsy heritage – its treatment focus is on how Twinnie grew to find her place in the world.

The LP is named after the song as it is the one that introduces Twinnie to the world and acts as a three-minute memoir as we have an insight into her backstory and family history.

Speaking about her debut album and its release, the UK artist says: “Never would I of envisaged releasing my first album during a pandemic but there ya go!! I really hope this brings you some joy during this chaotic time & I hope you feel all the feels I did when I was creating it with my friends. Blood, sweat and a lot of tears went into making this album, I agonised over every minuscule detail, lost a lot of sleep but I can honestly say it was absolutely worth it! Thank you to everyone who worked on this album & thank you to you guys for supporting it!!“.

The official music video for ‘Hollywood Gypsy’ is another divine release from Twinnie and once again shines a light on her soaring vocals and incredible lyrical ability whilst the album delivers a delightful blend of country-pop sonic sounds.

What do you think of the ‘Hollywood Gypsy’ music video? Let us know your thoughts across social media!