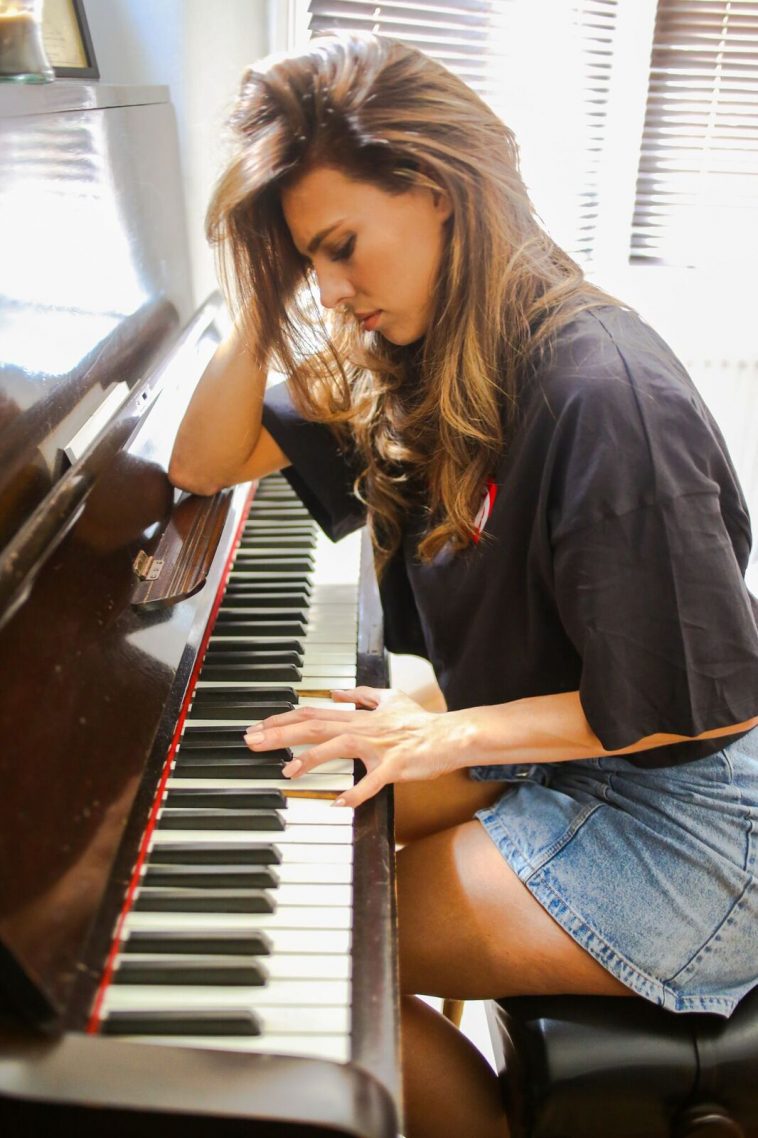 British country-pop favourite Twinnie has had an incredible start to the year with the release of debut album ‘Hollywood Gypsy’ earlier this month taking the country charts by storm, having US Radio airplay with single ‘Type Of Girl’ and with a headline tour scheduled for November 2020 is only set to see her star rocket even further.

And following on from the success of her first full-length record the York singer/songwriter has shared the stunning music video for her brand new single ‘Superhero’ which is the latest song to lifted off the stellar tracklist.

The track was co-written with Lucie Silvas and is a soaring ballad that shines a light on Twinnie’s powerhouse vocal whilst also allowing her to deliver a gentle emotive lyrical piece about how love can take away your power and make you vulnerable.

It is a major standout on the ‘Hollywood Gypsy’ album and making it an official single allows for the country star to showcase another side of the diverse record which incorporates pop, country, and soft rock sonic sounds throughout.

And with the stunning visual, Twinnie delves deeper into the lyrical story of the heartfelt piano-led track. The film has been directed and shot by Tom Dream and edited by Fraser Taylor and oozes 50s glamour.

Filmed mainly in black and white, the cinematic clip is a powerful piece of art that shines a light on the dramatic and heartfelt lyrics throughout ‘Superhero’. Twinnie is an artist who brings to life any song through her emotions on camera and this piece of film work is a stunning piece of cinematography.

The ‘Superhero’ video is another beautiful release from an artist who is well and truly on track to take over the country crossover scene. Tickets for her forthcoming UK tour are on sale now via twinnieofficial.com

Are you a fan of the official ‘Superhero’ music video from Twinnie? Let us know your thoughts across social media!