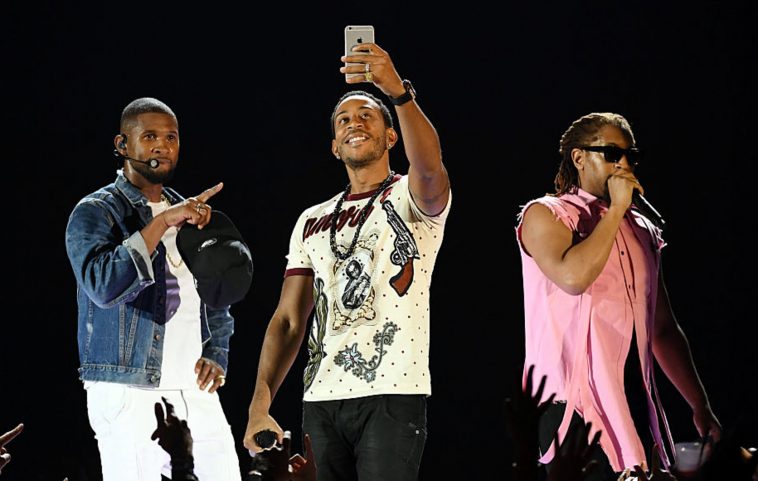 Usher, Lil Jon and Ludacris are back with their new song ‘SexBeat’.

The track is their first collaboration since ‘Yeah!’ and ‘Lovers and Friends’.

‘SexBeat’ was originally premiered by Lil Jon during an online rap battle against T- Pain which was hosted by Swizz Beatz and Timbaland on the 5th April.

The song was reportedly recorded two years ago with Lil Jon even making hints about the track on Twitter last year.

What are your thoughts on ‘SexBeat’? Let us know on Twitter @CelebMix.