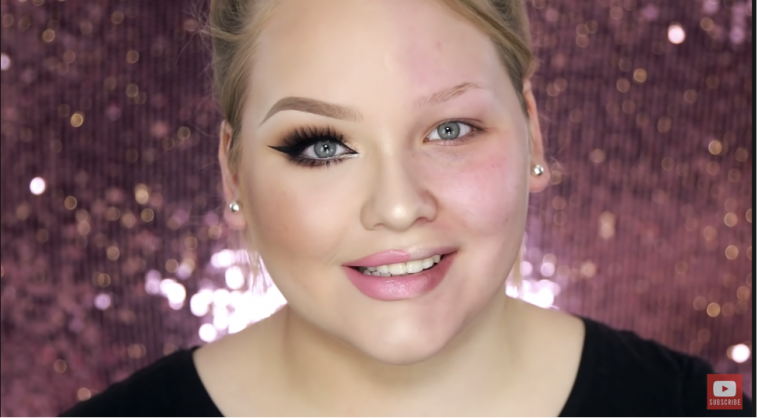 Back in 2015, Nikkie Tutorials successfully tapped into the then-unknown hunger for authentic content and released her wildly popular “The Power of Makeup” video, which today has 42 million views on YouTube. In that landmark clip, she shows exactly what she looks like without makeup as well as the full transformation to prep to her gorgeously polished, selfie-ready face.

Her video showed that beauty influencers and celebrities have audiences that are fully invested in both the process of beauty as well as the finished beautiful product.

Five years later, Tutorials released another very popular video, this one a collaboration with Facetune. It takes her transformation one step further – showing not just the power of makeup, but also the power of technology to whiten eyes, smooth blemishes, and minimize wrinkles.

It might not seem like a major shift, but it does reveal a significant change in how influencers and celebrities are talking about their use of photo editing.

Even just a year or two ago, public figures notoriously – and sometimes unconvincingly – Facetuned their snaps in order to perpetuate a lie. If you bought into the growing backlash against influencers of that time, you felt that these people were hiding their true selves in their social media posts, and photo editing practices were a big part of that, reinforcing the idea that influencers have naturally flawless skin, that their teeth are that white on their own, that their bodies are taut because they eat healthily.

Critics slammed influencers for using that lie to market their lifestyles as both luxurious and attainable. And when they were caught out in that false reality, their fans and followers were often disappointed that their celebrity had misled them.

It also created an even bigger appetite for unmasking the “real” celebrities, with paparazzi desperate to capture what they looked like without makeup and Facetune, out in the wild. Comments frequently shamed celebrities for being fatter than they looked like in their Instagram photos while claiming they were #bodygoals.

In other situations, people would hyperfixate on signs of aging, while getting angry if a celebrity was revealed to have undergone plastic surgery.

Today, post-backlash, influencers don’t try to pretend they are naturally flawless. Instead, they talk openly about using Facetune to show that makeup is fun, that it’s entertaining to play with selfies and elevate them beyond what’s humanly possible, but not in a way that’s trying to fool their audience with exaggerated beauty. This in turn makes them more trusted by their audience.

They satisfy their audience’s hunger two ways: first, by tapping into the desire to look better than reality would normally allow, and showing them that it’s OK to want to look nicer, and nothing to be ashamed of. Secondly, they use these videos and transformations to show the “real” them. But because it comes from the source, instead of through a tabloid, it re-emphasizes that influencers are trustworthy and authentic.

Influencers like Ryley Isaac take it a step further, often using makeup to emphasize or feature things like scars or birthmarks that might traditionally be considered flaws.

Rianne Meijer has been having fun with the tension between “Instagram reality” and “real reality” for years now, often posting funny outtakes that are the opposite of flattering alongside her finished shoots.

As NikkieTutorials demonstrates, the power of makeup and touchup is not just as a way to become more beautified, but also as a way to connect authentically with followers and fans. She’s one of a growing group of popular, successful, and beloved LGBTQ+ beauty influencers like Manny MUA and James Charles who use their authentic selves to show their followers that it’s okay to be whoever you are, and to be true to yourself.

It may sound challenging to do this while also doing beauty tutorials that are literally aimed at improving faces, but by balancing both the desire to become more beautiful along with acceptance of what they look like in reality, these beauty influencers just about manage the balancing act.

At the end of the day, beauty influencers have a tough gig. They have to promote both makeup and edits for their pics, because that’s their job. But they also have to prove that beauty doesn’t have a set definition. Anyone, regardless of facial features, sexual orientation, size or skin color, is beautiful.

These tutorials and collaborations show just how successful they are at riding the authenticity wave to accomplish that.