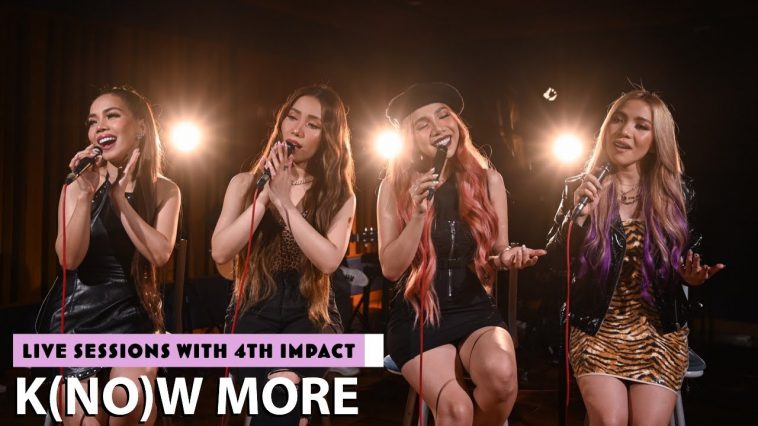 We have another “Live Sessions With 4th Impact” video, and this time they have performed their official original single “K(NO)W MORE”. They’ve been promoting this track since it’s release in March and we seriously can’t get enough of this song and this performance is beyond incredible. Their first live session video was a cover of BTS’s hit single “Dynamite“.

This is 4th Impact’s defining song and truly showcases these beautiful sisters brilliantly and effectively. “K(NO)W MORE” is reminiscent of their audition on The X Factor where they sang Jessie J, Ariana Grande & Nicki Minaj’s “Bang Bang” because the song itself has a similar construction elements running throughout which makes it perfect for the group. This acoustic performance is stripped back but they still give it their all, flooding the song with energy, emotions, and heart. We expect nothing less from this amazing girl group and we cannot wait for them to release an official music video to the track as well as their album!

“K(NO)W MORE” by 4th Impact is available to download and stream right now. Be sure to subscribe to their Patreon so that you don’t miss any 4th Impact news. An official music video for this song is apparently on its way, as well as their debut album, more cover versions, and a tonne of other amazing 4th Impact stuff!

Let us know your thoughts on the latest “Live Session With 4th Impact” where they sang “K(NO)W MORE” on Twitter @CelebMix.