At last nights Grammys, Meghan Trainor became the latest winner of the prestigious “Best New Artist Award”. After collaborations with John Legend, Charlie Puth and smash hit singles like “All About That Bass” and “Lips are Movin’ “, we’re not surprised, but for the likes of James Bay and Tori Kelly who were also nominated, losing the Grammy for Best New Artist doesn’t mean all is lost, and many, many Best New Artist losers have went on to not only have long and successful careers, but to win Grammys themselves!

Don’t believe us? Well, here’s a list of some of the best and most influential Best New Artist losers!

Yep, that’s right; Two time “Album of the Year” winner (the only female to have won it twice, and the youngest ever person to win it!) lost out to Amy Winehouse at the 2008 ceremony. She has since had four world wide sellout concert tours, became the only artist to sell a million copies of an album in a week three times, and racked up a grand total of 10 Grammys, plus  247 other awards in the course of her 10 year career. 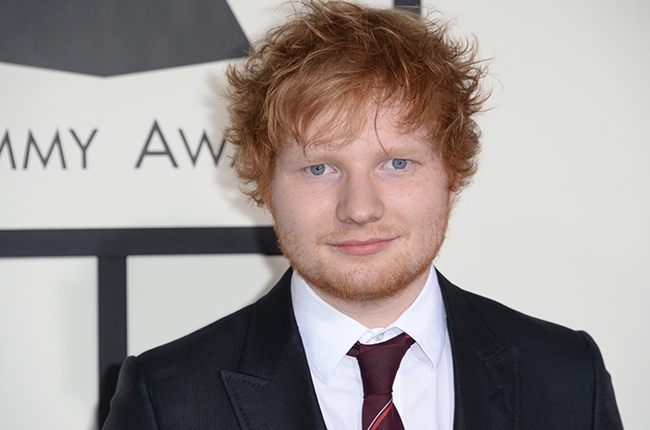 Ed Sheeran is another global superstar who went on to Grammy success despite losing out in the “Best New Artist Category”. At the 58th Grammy Awards Ed finally scooped a Grammy. Typically, after waiting so long (4 years!) for one, two came along at once! Ed lost out to Macklemore and Ryan Lewis. Other Grammy success stories who also lost out in that category that year were Kendrick Lamar and Kacey Musgraces!

Elton John has had numerous hit records, is considered one of the greatest song writers there’s ever been and is one of the biggest artists to have come from Great Britain. He has sold over 300 MILLION records all over the world, had more than fifty top 40 hits, and his song “Candle in the Wind” is the best selling single of all time  in both the UK and the US. He lost out to The Carpenters at the 1971 Grammy Awards, but it’s fair to say he’s not doing too bad in his career…

Okay, so Hunter Hayes might not have been won  a Grammy yet, despite being nominated twice since he lost out on the Best New Artist Award, but he’s scored some of the most recognisable country hits of the last few years with songs like “I Want Crazy”, “Wanted” and “Invisible”. Fun, the band that ended up winning the Best New Artist award instead, are currently on Hiatus, though band member Jack Antonoff took home a Grammy for “Album of the Year” thanks to his songwriting and producing on Taylor Swifts 1989. Alabama Shakes also missed out on the Best New Artist award that year, but in 2016 took home the awards for Best Rock Song and Best Alternative Music Album, as well as being nominated for Album of the Year. The “Dance with my Father” hit maker sold a total of 35 million records over the course of his career and received Eight subsequent Grammys after losing out to Sheena Easton in 1982. He is considered to be one of the best and most influential male  R n B and Soul singers that there’s ever been. Best New Artist might be a great accolade, but Luther Vandross secured legendary status without it! Britney Spears is one of those singers whose accolades don’t even need explaining; her names speaks enough for her success as it is. Everyone knows Britney. She is the princess of pop and was at the forefront of American pop music for a decade. Even now she’s still killing it, with recent hits like “Pretty Girls”, and a sellout Las Vegas residency. She might just be the biggest star of her generation: didn’t stop her from losing to Grammy for “Best New Artist” to Christina Aguilera, though. Christina is a superstar herself, and it’s no shame to lose out to her, but it just goes to show that losing Best New Artist doesn’t mean global domination isn’t coming your way!

So, if you want to become a global superstar, but you lose out on the Best New Artist Grammy, rest assured that success could still be coming your way!

Congratulations to this years winner, Meghan Trainor, and good luck to all the nominees! We hope to be hearing a lot more from you in the future…

Let us know what you think on Twitter @CelebMix, or in the comments below!