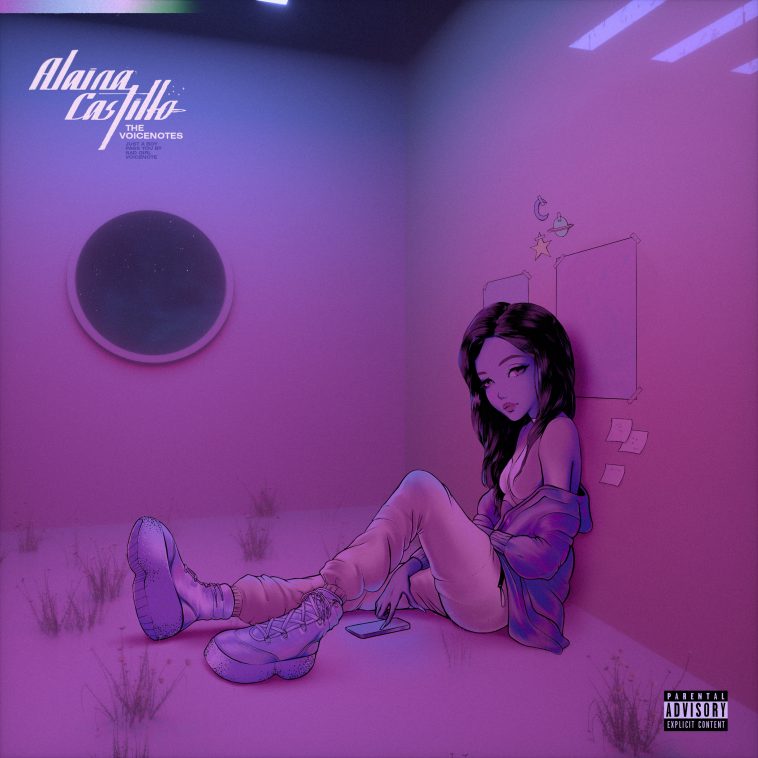 Co-written and produced with Sam Roman (aka RØMANS), the four-track EP includes the lead single ‘just a boy’, as well as new single ‘pass you by’, ‘sad girl’ and ‘voicenote’. Showcasing her vulnerability, ethereal vocals and stunning lyricism, the voicenotes is a cohesive body of work which proves why Alaina is one of the most exciting artists to emerge in recent years.

Speaking about the EP, Alaina said: “I don’t like to express my emotions, but when it comes to this EP, this is me late at night talking about what’s stressing me out—things that I’m feeling about wanting to enjoy every moment. It’s an insight into how I feel, but it’s relatable to other people as well. I want people to understand that it’s okay not to overthink and enjoy the moment. This happens to everybody.”

The EP’s new single ‘pass you by’ is the English version of Alaina’s recently released Spanish offering ‘no vuelvas a mirar atrás’. Talking about that particular track, Alaina explained: “It started with me talking about how I wished I could stop overthinking everything and just live in the moment, and ended up being a song that I think of on the daily because it reminds me to not get lost in everything that’s happening and to just enjoy it. I hope that it can do that for whoever listens to it.”

Earlier this week, Alaina also released a music video for the EP’s lead single ‘just a boy’. Premiered by V Magazine, the dreamy pink visual was directed by Jake Johnston and sees Alaina alone with her thoughts as she reflects on the complexions of love.

A Spanish edition of the voicenotes will be unveiled next month. On why it’s imperative for her to pay homage to her roots, Alaina said: “I’ve always found it important to include Spanish in my music, because that’s where I come from. This is such a vulnerable EP that captures a moment of sadness, so to have it in Spanish captures a different beauty through the same message so that many people can relate to it.”

the voicenotes is available to download and stream now.

What do you think of the voicenotes? Let us know your thoughts on Alaina Castillo and her new EP on Twitter @CelebMix