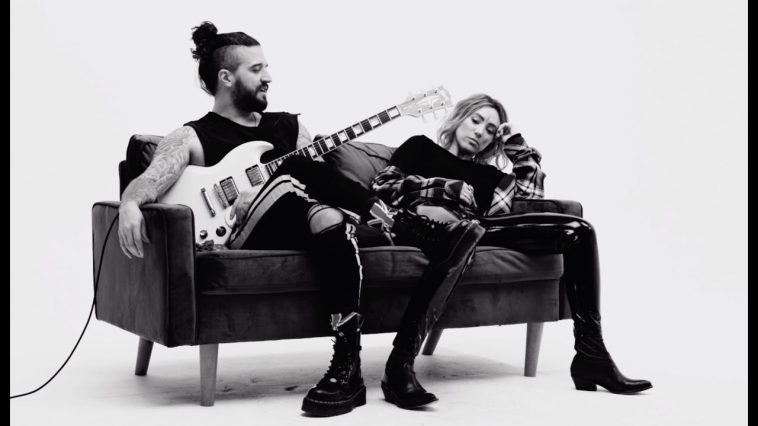 Nearly two weeks after releasing two new songs, “Nevermind” and “For Anybody Wondering”, duo Alexander Jean have released the music video for the latter.

The video is very simple with the couple rocking out, singing, dancing, and playing guitar while also lying on a couch. They give off major couple goals by just being cute together and showing affection towards each other. This, along with their amazing vocals, makes us want to watch this video over and over again.

The lyrics to “For Anybody Wondering” are very relatable to the current situation we are in. ‘And I’m home alone watchin’ Home Alone alone on my couch (Yeah, yeah, yeah, yeah, yeah) / Face-down in the middle of a tragedy /How come no one’s comin’ over (Yeah) /I think bein’ human’s too hard for me / For anybody wonderin”

We are all home alone on the couch, probably watching Home Alone or whatever else we are binge-watching, in the middle of a tragedy, with no one coming over, overthinking everything.

The black and white vibe of the video fits with their new theme and brand on Instagram. They have been known to have this aesthetic in the past and it fits well with their alternative, rock/pop star vibe.

The video also kind of reminds us of their 2018 single, “Waiting For You” video as they are just being themselves, rocking out, and doing what they love.

Alexander Jean recently performed an at-home concert for fans via Bandsintown and offered a virtual meet and greet after on Zoom.

We cannot wait to hear what they release next as they gear up to release their first full-length album this year under Parts and Labor Records. Their past two EPs reached number one on the Singer/Songwriter charts.

You’re lying if you are not rocking out to this tune on your couch.

What do you think of the “For Anybody Wondering” video? Let us know on Twitter at @CelebMix.