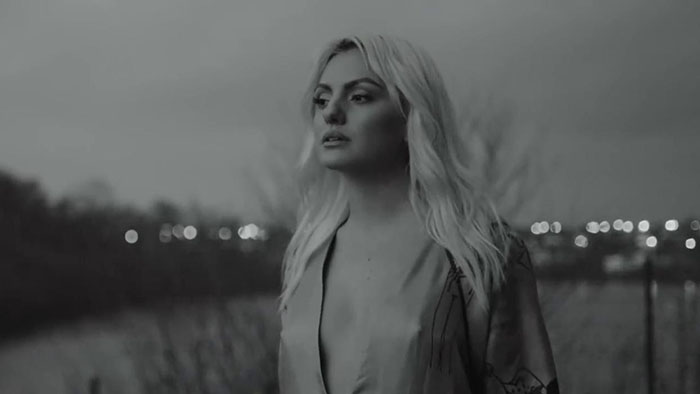 Last Friday, Alexandra Stan dropped her brand new single “Obsesii” and two days later followed it up with a music video drop, and we are loving her new music for 2020! We so hope a new album is on its way! This release follows up her collaboration with TOMORO on the song “Casino Lights“.

Alexandra Stan hit it worldwide with her single “Mr Saxobeat”; since then, she has been continuing her career by releasing awesome songs and collaborating with some big names including INNA, Daddy Yankee, Antonia, Mohombi, and Manuel Riva. She’s definitely someone to keep watching, especially since she’s already been a global success, and with her dedication and incredible vocals, she will surely do it again. She went to live in Los Angeles during 2018-2019 to work on new music and released “I Think I Love It”, which started a whole new era for this Romanian female artist and saw her sign a new record deal with Universal Music Romania and MediaPro Music. Now, she’s released “Obsesii” and we really cannot wait to see what 2020 brings from her.

According to Spotify, this song was written by Alex Pelin and Vlad Lucan, whilst the latter co-produced the track alongside Radu Bolfea. As for the music video, that has been directed by Bogdan Daragiu, the pure black and white visual allows the song to shine with Alexandra Stan giving us fierce performance vibes.

Her undeniably sweet vocals jump right in at the start of the track whilst dancers crowd her in the visual. Other clips see a lake with rain creating water droplets, and Alexandra Stan with a horse, generally lying on its back. We were hoping she would’ve joined in with some of the dancing, but it feels more serene seeing her be herself and completely comfortable. There was room for bigger choreography during a scene which sees her in a corridor with two topless male dancers but whether it’s been edited out or there just wasn’t enough content – we’re not sure; honestly, it looks like it’s a part of some sort of narrative, but we’re totally not getting story vibes from the rest of the visual, so it seems out of place.

The track itself translates to “Obsessions” and if our translation of the lyrics are correct, Alexandra Stan is singing about falling for someone, that single moment where you fall in love and you want that person for tomorrow and the next days, months, and years, so much so that it’s an obsession. The words themselves are beautifully crafted, with an intellectual vibe running throughout which makes it poetically pleasing to listen to and paired with this Romanian superstar’s beautiful voice, this track is truly unforgettable.

“Obsesii” is available to download and stream right now, via Universal Music Romania. We believe she’s gearing up to release a new album soon, and we cannot wait to hear more new music from her.

What do you make of Alexandra Stan’s new single and music video “Obsesii”? Let us know on Twitter @CelebMix.