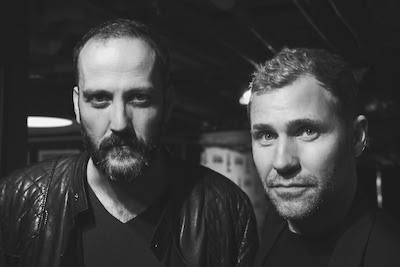 As the seasons change from autumn to winter, Ampersounds are determined to keep the summer-sun in lives all around the world with this awesome relaxing vibe of “World Is Ours” which features Elan Atias. This single was released in September and followed up Ampersounds’ “Lets Go Dancing” and they have since followed this song up with their latest single “Don’t Give Up”.

Ampersounds is the electronic project from two music veterans Fred Falke and Zen Freeman, who have both had lengthy EDM careers. The Los Angeles-based duo’s solo careers speak for themselves with massive accomplishments from both of these artists including remixes of worldwide stars, like Miley Cyrus and Jamiroquai as well as soundtracking huge movies and The Oscars. The project was born in 2021, with the duo dropping their debut collaboration, “Burning Down The House” – a cover version of The Talking Heads’ classic track, which has gone on to become Ampersounds’ most-streamed track on Spotify with over 350,000 streams. They have been riding that success ever since and have been growing in popularity and proving themselves in the EDM world as an electronic project, as well as continuing their own solo careers.

Stream “World Is Ours” by Ampersounds featuring Elan Atias on Spotify here:

Talking about the track, Ampersounds said: “With the track, ‘World is Ours’, we worked with our good friend Elan Atias, American singer-songwriter and reggae singer who spent years performing with The Wailers. We wanted to create a hybrid reggae track with classic house elements. Achieving an organic pure sound by not using any virtual studio technology. We composed the music using an MPC-60, CS-80 synthesizer and a vintage bass guitar and mixed it on a Mackie desk. We’ve created a track that has an undercurrent of simplicity and an undeniable vibe as Elan describes, ‘Nothing like making music with friends’ the song exemplifies that and shares that feeling with the world, reminding all that it’s ours and to just love and have fun while we are here.’

Written by Elan Atias, Fred Falke, and Zen Freeman, this track really takes reggae to a whole new level, mixing the summer sun with electronic dance vibes that we can’t help but love. The new music video has recently been dropped, weeks after the single was officially released, and has been directed by Ben Watts with Andrew M. Casey shooting the visual and Omar Perineau acting as Creative Director & Editor. Transforming the summer reggae vibe of the song isn’t an easy task but they’ve done an incredible job of bringing the aspect of the track to life with the summer beach vibes and the sexual tension that can also be seen in the air. “World Is Ours” is full of passion and desire wrapped up in a reggae summer track, and we watch people pose in front of the camera and just let us into their free lives on the beach. We would love to be there too if we could.

Watch the official music video to “World Is Ours” here:

“World Is Ours”, by Ampersounds, is available to download and stream right now on all platforms, via Orange. Don’t forget they also have a new single out, titled “Don’t Give Up”, so you should go and check that out too.

Let us know what you make of “World Is Ours”, by Ampersounds featuring Elan Atias, on Twitter @CelebMix.