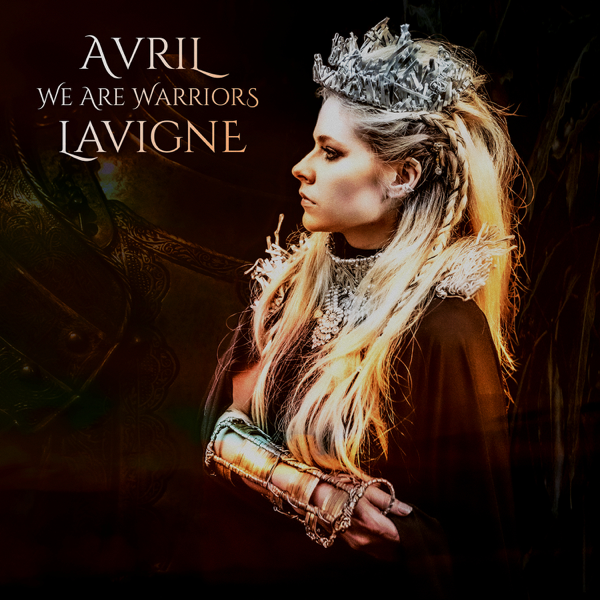 Today, Avril Lavigne has dropped her charity single “We Are Warriors” which is a re-recording of her album track “Warrior”. The single release follows up her previous re-release of “Head Above Water” featuring We The Kings.

The song has been written by Avril Lavigne, Chad Kroeger, and Travis Clark. The lyrics have been changed from “I” to “we”, turning the song into a collective track, one to encourage us all to be warriors together.

It’s such a strong song, one we adored from the first moment we heard it on her Head Above Water album, but this re-recorded version turns it from a personal story into a group story, one that means a lot to us all, especially in the world we are living in at this very moment.

All net proceeds of this single will be going to Project Hope, additional donations can be made through Charity Stars.

“We Are Warriors” is available to download and stream right now, via Avril Lavigne Music & Entertainment under exclusive licence to BMG. She previously asked her fans to send in videos and images in support of key workers, so we expect a music video will be released soon for the track – similar to her lyric videos of “Here’s To Never Growing Up” and “Rock N Roll”.

What do you make of Avril Lavigne’s re-recorded single “We Are Warriors”? Let us know on Twitter @CelebMix.