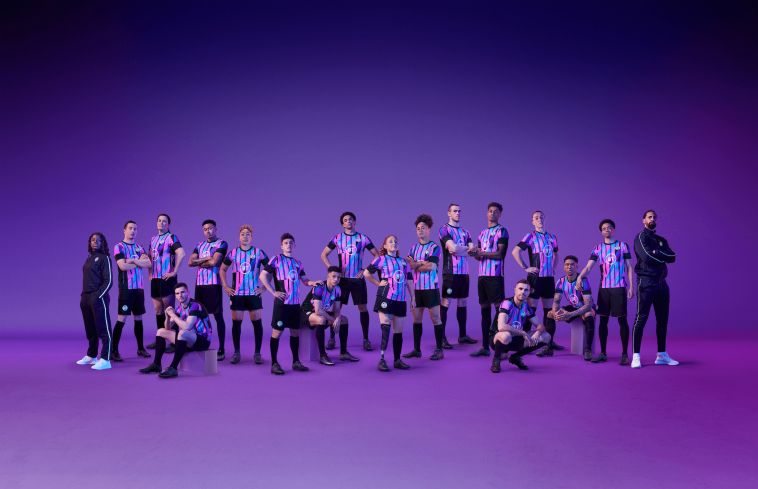 Proceeds from the sale of the shirts will go towards continuing the fight against social media abuse and making the internet and safer and more inclusive place.

BT launched Hope United, a squad of athletes from across the four Home Nations who have come together to unite the nation in tackling online hate. Comprised of male and female players from England, Wales, Scotland, and Northern Ireland, drawn together by their own experiences of online hate.

Hope United aims to drive more support for change and educate the nation on how to protect themselves and be good digital citizens.

The campaign’s recognizable shirts, which have been worn and seen online by football players and notable supporters including Anne-Marie and radio host Roman Kemp.

The shirts are priced at £39.99 and are available for a limited time. You can get yours here!