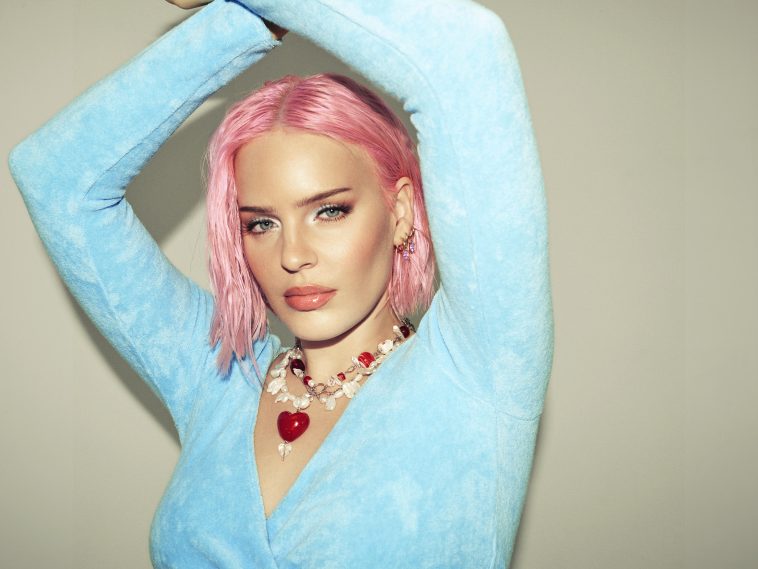 With just a few weeks to go until the release of her new album Therapy, Anne-Marie has unveiled its highly anticipated tracklisting.

The 12-track album will include the previously released singles ‘Don’t Play’ with KSI and Digital Farm Animals, ‘Our Song’ with Niall Horan, and ‘Way Too Long with Nathan Dawe and MoStack. However, one track which has caught the attention of fans around the globe is ‘Kiss My (Uh-Oh)’ which features girlband Little Mix.

Set to be released as an official single along with the album on July 23, ‘Kiss My (Uh-Oh)’ was written by Anne-Marie and Kamille with production from Lewis Thompson and Mojam. The track samples the R&B classic ‘Never Leave You (Uh Oh)’ and looks set to be the breakup anthem of the summer as it documents the freedom that comes from leaving a toxic relationship behind.

We can also expect a Hannah Lux Davis directed video for the track. She has previously worked with Anne-Marie on a string of videos including ‘Friends’ with Marshmello, ‘2002’, ‘Perfect To Me’ and ‘Birthday’, whilst she also directed Little Mix’s video for ‘Power’ featuring Stormzy.

In celebration of the album’s release, on August 7 Anne-Marie will be performing Therapy in its entirety for the first time during a global livestream event hosted on streaming platform, ON AIR. Tickets are available now.

Speaking about the livestream, Anne-Marie said: “I cannot wait to give a very special performance of my new album Therapy for you all. I’ve missed performing so much and this is the closest thing we are going to get at the moment! So, I have to imagine you all in my mind and that you’re there with me, singing every lyric. We’re going to go on a rollercoaster ride of emotions, so don’t hold back! LET IT OUT!! Scream, shout, dance, cry and smile. I can’t wait.”

Of course, if you want to see Anne-Marie live in the flesh then she also recently announced the 2022 Dysfunctional Tour which will see her perform five dates across the UK and Ireland.

Are you excited to hear Therapy? Let us know your thoughts on Anne-Marie and her forthcoming album on Twitter @CelebMix