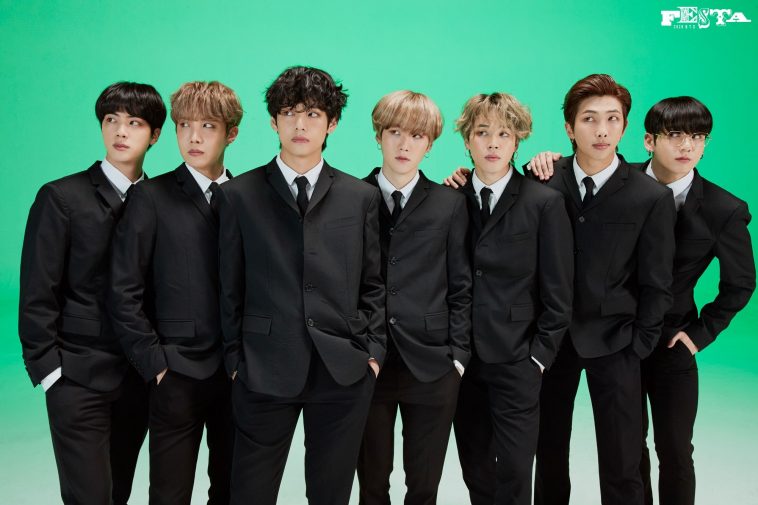 Debuting in 2013, BTS were wide-eyed boys who were eager to showcase their talents in their home country of South Korea. Seven years later and the septet has climbed their way to the top, becoming one of the most exciting acts in music and brought an ARMY with them on the journey. To celebrate the anniversary of the biggest group in music, here are seven of BTS’ biggest career moments since their debut.

I Need U first win

In 2015, BTS ventured into a new era of their career. After their school trilogy, BTS began to explore the struggles of being young adults with ‘The Most Beautiful Moment in Life‘ trilogy. Lead by the title track ‘I Need U’, the EDM pop song opened a floodgate of new fans to the group and marked a special moment in their history; their first-ever music show win. In South Korea, music show wins often mark the turning points in a groups career and this moment began to lay out the foundations for the septets career going forward.

BTS at the Billboard Music Awards

2017 was undoubtedly the year that gave BTS the kick-start to their global domination. After the ARMYs social media presence got BTS nominated for the Top Social Artist award at the BBMAs, BTS became the first Korean group to ever be nominated, attend and win at the BBMAs. Without a performance, BTS became the most talked about artist of the night and trended for hours on social media. Becoming their first international award show, their presence could not go unnoticed and the historic win became the first of many more.

Love Yourself: Tear and Fake Love’s performance on the Billboard Chart

Their third album Love Yourself: Tear became the first full-length to be released since their international explosion. As we have already mentioned, Tear is an extremely important moment in BTS’ career, giving them the critical acclaim from those who had not previously listened to the group and offering a further look into the artistry of the group. The album broke down further barriers for BTS, giving them their first-ever Number 1 on the Billboard 200 (and the first-ever for a Korean artist). Furthermore, Fake Love became not only BTS’ first Top 10 hit, but the first Korean group to reach this mark also. The historic chart positions marked BTS as a musical force to be reckoned with and became the pillars for the group’s place in the music industry.

Map of the Soul: Persona and Boy With Luv

Map of the Soul: Persona branched BTS into their fourth musical series. After venturing into their school trilogy, the most beautiful moment in life series and the groundbreaking love yourself trilogy, the boys began to look into themselves and explore who they truly are. Persona was the first insight into this series, and it was a further turning point for their career. Boy With Luv featuring Halsey, broke records upon records, shattering the YouTube 24 hours record with 74.6 million views, and became their highest-charting single on the Hot 100 at the time, placing itself at Number 8. Persona marked their third consecutive Number 1 and broke the record of the most Number 1 albums for an artist in one year, previously held by The Beatles. Across the pond in the UK, Persona made history as the first Korean album to go to Number 1 and gave them their first big UK recognition. The record-breaking era also saw BTS become the first Korean act to grace the Saturday Night Live stage. The joyful era marks itself as one of the biggest for the group and Korean music history, pushing BTS to climb an ever higher mountain.

BTS being welcomed into the UN and Recording Academy

While BTS are cemented in music, they have also placed themselves into other ventures. In 2018, BTS were invited to speak at the United Nations headquarters as part of the Generation Unlimited conference. Their work with the #EndViolence campaign and their Love Myself charity venture gave insight into the septet using their platform for the greater good. In addition to their powerful UN speech, BTS were also invited to become members of the Recording Academy in 2019, meaning they are eligible to vote on the Grammy panel.

May 2019 saw BTS embark on their most adventurous tour yet, their Speak Yourself Stadium Tour. After selling out The O2 Arena and Los Angeles Staples Centre, BTS set their sights on some of the biggest global venues and conquered them all. The tour made history as the first Asian group to embark and sell out an entire stadium run, including stops at MetLife Stadium, Stade de France and the iconic Wembley Stadium. The historic tour further cemented BTS as a real driving force in music and continued to prove doubters wrong about their global influence and popularity.

Map of the Soul: 7 and the historic debut of ON

Heading into their seventh year as a group, BTS reflected on their journey thus far in their fourth full-length album, Map of the Soul: 7. Diving into this album head first, BTS showed a vulnerability that had not yet been explored as deeply as it was in this body of wor. Expressing their fears of the level of fame they have reached, the fears of losing passion for their craft and fears of losing themselves. But the album also celebrated the achievements, expressed joy at all they accomplished and celebrated their individual stories. 7 gave BTS their global critical acclaim, reaching an 82 on Metacritic, equating to universal acclaim.

The album shattered all previous achievements BTS had seen, reaching their highest debuting week on the Billboard 200 ever with a debut at Number 1 with 422,000 sales, going gold the following week. Across the pond, BTS debuted at Number 1 in the UK with a career-best sales of over 35,000 and outselling the entire top 10 that week. They became only the 7th artist to debut at Number 1 in all 5 major music markets. ON made history by becoming the first Korean group song to debut in the Top 5 on the Hot 100 at Number 4, with a massive 80,000 downloads alone, becoming a career-best for their single sales.

BTS have had a phenomenal 7 years and marked their status as a powerful force in the music industry and reaching heights that were once deemed impossible for international, non-English speaking artists.

So ARMY, what has been your favourite moment in BTS’ career? Let us know by tweeting the CelebMix account!