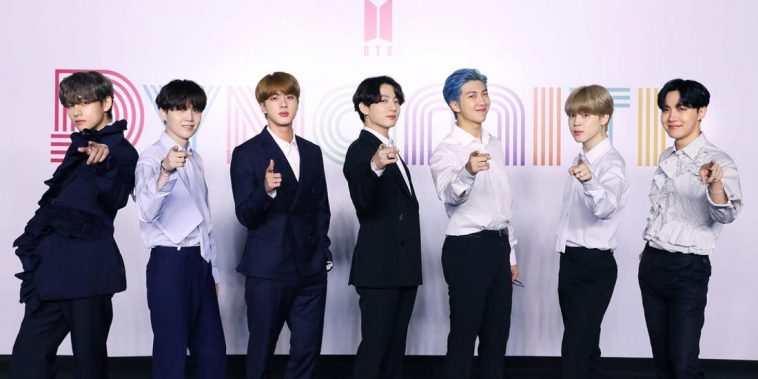 The BTS takeover is not stopping anytime soon, as the global sensations are (virtually) heading to New York for The Tonight Show Starring Jimmy Fallon all of next week!

The multi-platinum group will be taking over the show starting from Monday, September 28th through to Friday, October 2nd. As stated by Jimmy Fallon, the group will be performing each night and the takeover also includes interviews, sketches ans games. On Wednesday, September 30th, BTS will be the main guests of the show.

BTS will be performing their smash hit single Dynamite during the week, which topped the Billboard Hot 100 for two weeks in a row and became the groups first top 5 entry on the UK Official Charts, landing at Number 3. The other four songs to be performed remain a mystery, however Korean media reported that the septet filmed at one of South Korea’s most grand spots, Gyeongbokgung Palace, for the talk show.

BTS are no strangers to the Jimmy Fallon stage, after first guesting on the show in 2018 performing IDOL and I’m Fine. The guys also took over the show in February of this year on a New York special, where they took over Grand Central Terminal for their live debut of ON during their Map of the Soul: 7 promotions.

So, what songs do you hope the group perform on The Tonight Show Starring Jimmy Fallon during BTS week? Let us know by tweeting the CelebMix account!