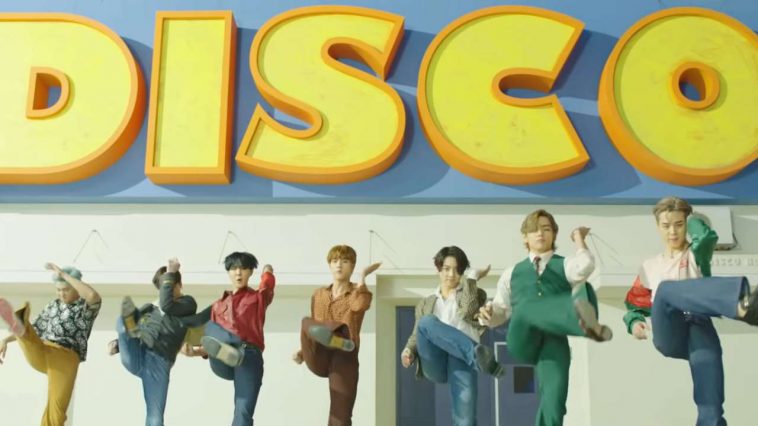 With under 24 hours until the release of Dynamite, BTS has already begun breaking records with their teaser alone.

On August 18th BigHit Entertainment posted the teaser to their official YouTube channel, sending the internet into a frenzy.

The 30-second clip showcased BTS looked retro as ever in the 90s inspired outfits with a tiny snippet of Dynamite playing. Featuring the lyrics “shining through the city with a little funk and soul, light it up like Dynamite” the track is looking to be BTS’ first venture into the disco-pop realm.

After going live, the teaser garnered over one million likes in 52 minutes, becoming the fastest music video teaser in history to do so. In 24 hours, the clip gathered 30.2 million views, shattering the record of the most viewed teaser in history surpassing their own Boy With Luv ft Halsey teaser from 2019. As of the time of writing, the teaser has become the fastest to surpass 40 million views and shows no signs of slowing down.

This comeback is shaping up to be one of the biggest in BTS’ career thus far and we cannot wait to see where this track will elevate their career to next.

Dynamite will be BTS’ first-ever full English single and is due for release on August 21st at 12am EST/1pm KST/ 5am BST. Additionally, the septet will also be making their MTV VMAs debut on August 30th to perform the new single at the show.

How excited are you for the new single? Let us know by tweeting the CelebMix account!