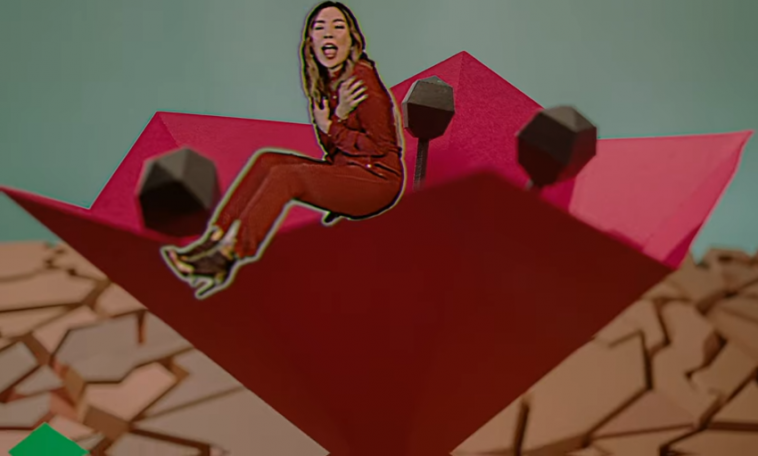 We have a new single from Eurovision star, Dami Im, titled “Paper Dragon”. This release marks her first single under her newly signed recording contract with ABC Music. It follows up her single “Marching On” as well as her collaboration with Eurovision winner Måns Zelmerlöw, titled “Walk With Me“.

Dami Im is a crazily talented artist who first made her name known for winning the fifth season of the Australian version of The X Factor. Run forward a couple of years and she ends up representing Australia at the Eurovision Song Contest 2016 with the song “Sound of Silence”; she placed second overall with Australia’s best result – 511 points. The song had moderate success internationally and she’s destined to become a global star. She dropped her fifth studio album, back in 2018, titled I Hear A Song which really showcased her as an artist. Her Live Sessions EP was released at the start of last year and really shows off her stage presence and her ability to engage with her fans. She’s been releasing new music, with “Crying Underwater” being one of our favourite songs of 2019 and we love “Marching On” and her collaboration with Måns Zelmerlöw on the new version of “Walk With Me” (which she performed on Eurovision – Australia Decides, where she also revealed she’d compete to represent Australia again in the future – she deserves that Eurovision crown); not long after those releases in early 2020, she was announced as a contestant on the 17th season of Dancing With The Stars (the Australian version) where she placed fifth. With this new song, “Paper Dragon”, she’s announced a new era, with a brand new album on its way and we cannot wait!

According to Spotify, the song has been written by Dami Im and Eleanor Witt, whilst it has been produced by Konstantin Kersting. As for the origami-inspired music video, that has been directed by Stefano Bertelli at Seen Film Studio, with Riccardo Orlandi acting as assistant director.

Once again, Dami Im has released an empowerment song that is filled with encouragement and strength, with the message behind the song reminding us a lot of “Gladiator”. Passionate throughout, Dami Im’s vocals really portray the emotion and her belief in the song itself – it’s her voice alone that makes you want to hear this song again and again; add that to the addicting chorus and the message of the song, and that’s what makes “Paper Dragon” an anthem you’ll be listening to for years to come.

It’s accompanying music video is animated into a high quality as we become enthralled in an origami-inspired world. Dami Im performs her song dressed in a red jumpsuit and incorporated into this paper visual as a sticker. She’s full of energy and passion for the song drawing the viewers in, whilst a narrative plays out where we watch a caterpillar in a desert, growing into a butterfly, and then almost becoming dehydrated until a lightning bolt strikes a cactus, creating water and therefore sustenance that transforms the butterfly into a dragon. This dragon then soars above the desert, relandscaping it into a forest. This is such an incredible music video that really works with the concept of the song and the origami-esque animation links in with the title of the song. We could watch this again and again.

“Paper Dragon” by Dami Im is available to download and stream on all services right now via Dami Army exclusively licenced to Australian Broadcasting Corporation.

What do you make of Dami Im’s new single “Paper Dragon”? Let us know on Twitter @CelebMix.