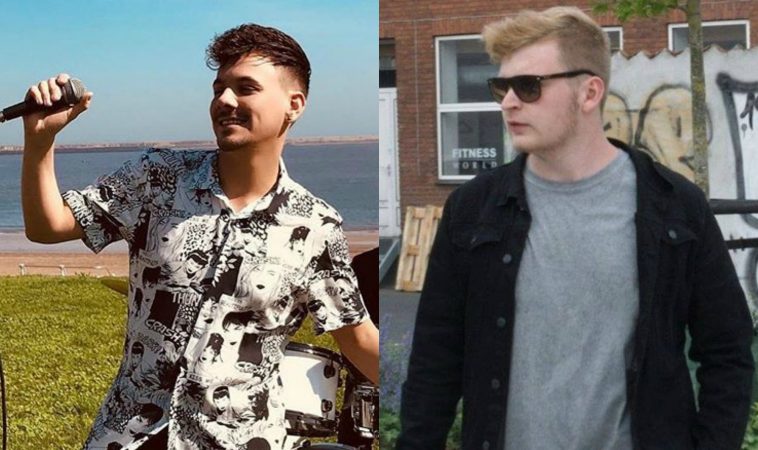 We all are in need of new music during this time and Danny Dearden sure is stepping up with is constant releases, and here is another new one from this rising British singer-songwriter, this time he’s collaborated with henrikz on the song “Arcade”. This follows up henrikz’s single “I Don’t Want” and Danny Dearden’s single “Can’t Stop Me Now“.

DJ and producer Henrik Kristiansen, better known as henrikz, hails from Aarhus, Denmark. The young producer has been building his fanbase for a couple of years. He’s mostly known for his collaboration with Labi Ramaj, titled “One More Night” which has just under 500,000 Spotify streams. We reckon we’ll hear more from him in the coming years and we believe this song will rise and become his most-streamed single to-date.

As for CelebMix favourite Danny Dearden, he is a singer-songwriter, who has been building his career over the last few years, especially making his name known on the Michael Calfan tracks “Could Be You” and “It’s Wrong” which both have over 2 million Spotify streams. His collaboration with Erlandsson “Different Kind Of Love” is his third most-streamed single with over 1 million Spotify streams. He’s got plenty of more new music on the way and we’re excited to see where his career takes him.

According to Spotify, Danny Dearden self-penned this track, whilst Henrik Kristiansen and Cameron Warren produced it. The song is an upbeat number with Danny Dearden’s vocals coming through strong. He launches into his falsetto for the chorus, which is hyped-up and is unforgettable – be prepared to be singing this later as it gets stuck in your head. The lyrics are beautifully crafted together whilst also painting a visionary storyline about being young and carefree and spending time together amongst arcades near the beach – we’ve all got days like that we won’t ever forget, which makes this song so relatable.

What do you make of henrikz and Danny Dearden’s collaboration “Arcade”? Let us know on Twitter @CelebMix.