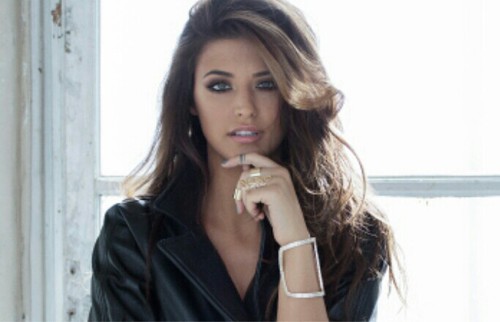 This week marks CelebMix’s five year anniversary so what better way to celebrate than to write about some of our favourite celebrities, this article is dedicated to Antonia and her brilliant singles.

Antonia has been in the music industry for 11 years now, and she has dropped many amazing tracks that we adore. Her voice is so beautiful and she easily incorporates emotion into her music. She’s had a couple of international hits as well as hits in her home country of Romania and has also appeared on TV shows over there.

Antonia also recently dropped her brand new single “Como ¡Ay!” which has one hilarious but sexual music video that you just have to see. Now, let’s delve into our five favourite Antonia singles.

Of course, we’re going to start with Antonia’s big international hit that deserved to have charted all over the world, Tom Boxer’s “Morena” which she featured on. Her voice sounds beautiful on this track. It’s a very Eastern European dance track with a hint of early ’00s R&B. This came out during the end of the ’00s when European dance music was at its high and Antonia was running after international hit Romanian female singers INNA and Alexandra Stan.

A couple of years later, Antonia hit it big once again in her home country of Romania with this awesome song, “Marabou”, so naturally we have to include it on this list. The chorus is beyond catchy and will certainly get stuck in your head whilst the amazing backing track has Ibiza ocean vibes throughout. This is one of those songs that you start to like more and more every time you hear it.

Okay, so we admit, the original version which is just “Wild Horses” featuring Jay Sean is one of our favourite songs by Antonia, but this remix with additional collaborators Lotus and Pitbull switched it up to a club track that we just simply adored. Taking one beautiful track and turning it into a dancefloor hit was pure genius, so much so that we don’t even know how many times we’ve listened to this on repeat. How the original song wasn’t a worldwide hit, we’ll never know; same goes for this remix – that was released four years later. Antonia’s voice is full of emotion for this track and sounds incredibly authentic and gorgeous, until the chorus hits and the melodic harmonies between her and Jay Sean are pure magic.

Antonia – Get Up And Dance (feat. Achi)

Addicting to no end, “Get Up And Dance” is a very current club track that suits Antonia’s beautiful voice brilliantly. Antonia totally nails it on the song and it’s definitely a track we just want to add to all our party playlists. Achi jumps in at just the right moments, complimenting Antonia’s vocals throughout. This is totally one of those songs that will get you up and dance!

Antonia – Lie I Tell Myself

One of her more recent singles and this is emotionally deep. The song itself is upbeat but there’s an underlining sadness to it which Antonia nonchalantly delivers through her vocals. It’s a very technically difficult song and it’s one of those tracks that impresses the listener once it is heard in full.

What are your favourite Antonia singles? Let us know on Twitter @CelebMix.