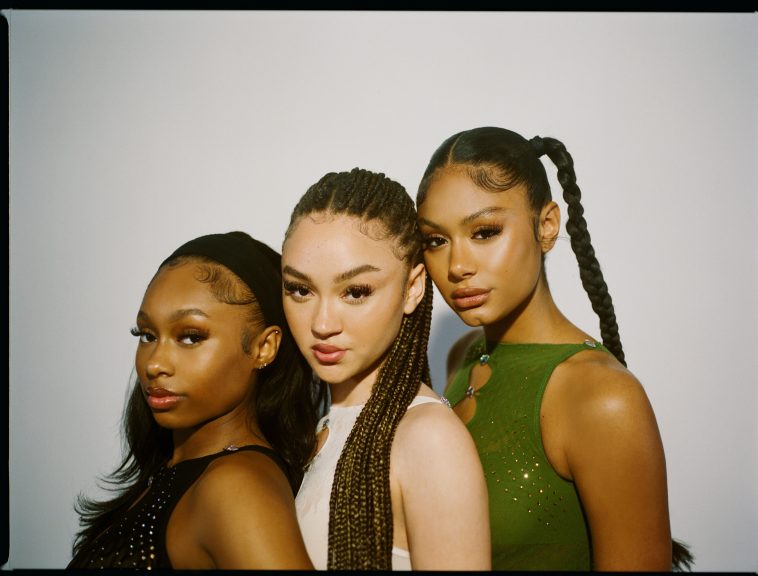 Fresh from the release of their critically acclaimed debut EP ‘The Lead’, rising British girl group FLO unveil the music video for their track ‘Summertime’.

Shot on location in Greece, and directed by Saorla Houston, the super cute, vlog-style clip sees Jorja, Renée and Stella enjoy their time away from the hustle and bustle of London – picnicking on the beach, swimming at a mansion and roaming the Grecian streets, taking in the various sights and sounds of the peninsular.

Watch the official music video for ‘Summertime’ below:

Taken from their critically acclaimed debut EP ‘The Lead’, which has already amassed over 10M streams in just one month, ‘Summertime’ finds the trio in a playful mood as they celebrate the simple joys of summer romances and female friendships!

Of the relaxed nature of the video, and the tracks overall self-empowering message, the ladies say: “‘Summertime’ is about flying away with your besties and falling in love with yourself and each other… we ain’t looking for a man! This was our favourite video to shoot. We flew to Greece, danced on tables, drank champagne, watched sunsets, and had so much fun. That’s what the song is all about. Laughing with your girls and feeling like ‘We gonna do anything we wanna!’.”

It would be more than fair to say that the 12 months have been pretty life changing for the R&B trio, following the release and subsequent success of their break-out hit ‘Cardboard Box’, which peaked at #2 on the Viral Spotify UK Chart, and received love from global superstars including Missy Elliot, SZA, Victoria Monet and JoJo.

With an ethos of “self-love, female empowerment and supporting women in music”, the group have already built a loyal following with fans falling in love with their glorious harmonies and sassy no-nonsense attitude!

United in their love of making music and singing, the ladies have spent the last two years working with a variety of different producers to create a unique and distinct pop sound, that they hope will empower and inspire females all around the world to both thrive and survive, whilst navigating their way through life in the 21st-century.