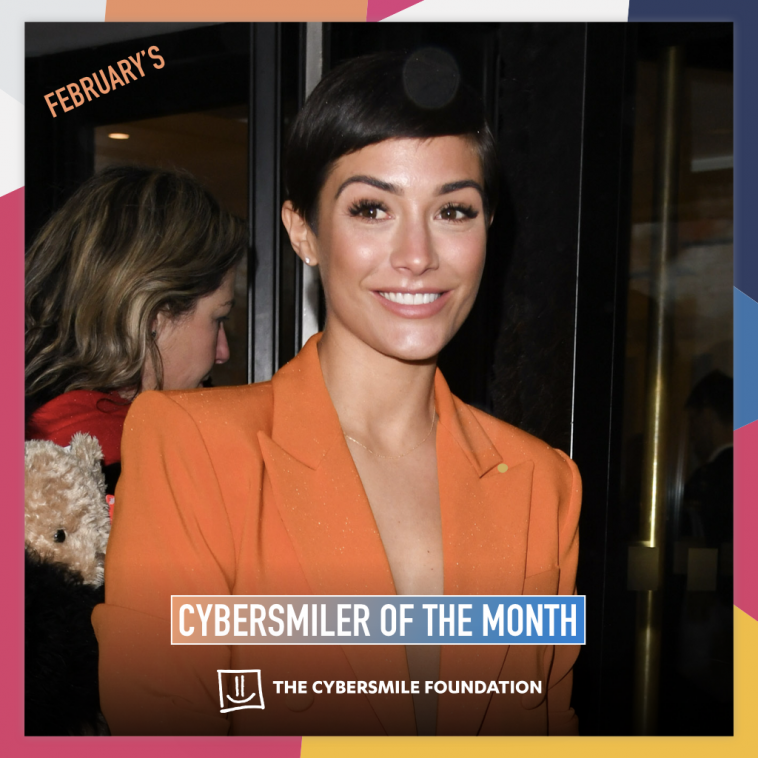 Our friends over at Cybersmile have named Frankie Bridge as their Cybersmiler of the month for February.

Frankie has been incredibly open and honest in sharing her own personal struggles with mental health, which during her time in The Saturdays, the struggle became so overwhelming she was hospitalised.

She kept it all to herself, her bandmates Una Healy, Rochelle Humes Mollie King, Vanessa White didn’t realise the extent of just how much their friend was struggling until they shot a music video in Iceland for ‘My Heart Takes Over’ and witnessed her having a panic attack. Frankie felt she could no longer cope with everyday life, she was admitted to a mental health hospital in the UK in order to get help.

Frankie has since become an advocate for mental health, bravely speaking out about depression, to educate people in the hopes it will inspire others to talk about how they are feeling and to seek help.

Frankie has now written a book, Open: Why Asking for Help Can Save Your Life, which she says is not a self-help book but more about letting people know that they aren’t alone and that things will get better. If you haven’t read it yet we highly recommend you add it to your to-read list.

We are extremely happy that the team at Cybersmile picked Frankie as their winner for February’s Cybersmile of the month, as the way she is opening up and helping to break down the stigma around depression and other mental health illnesses makes her a very worthy winner.

You can find out more about how Cybersmile can help you (or someone you know) here.