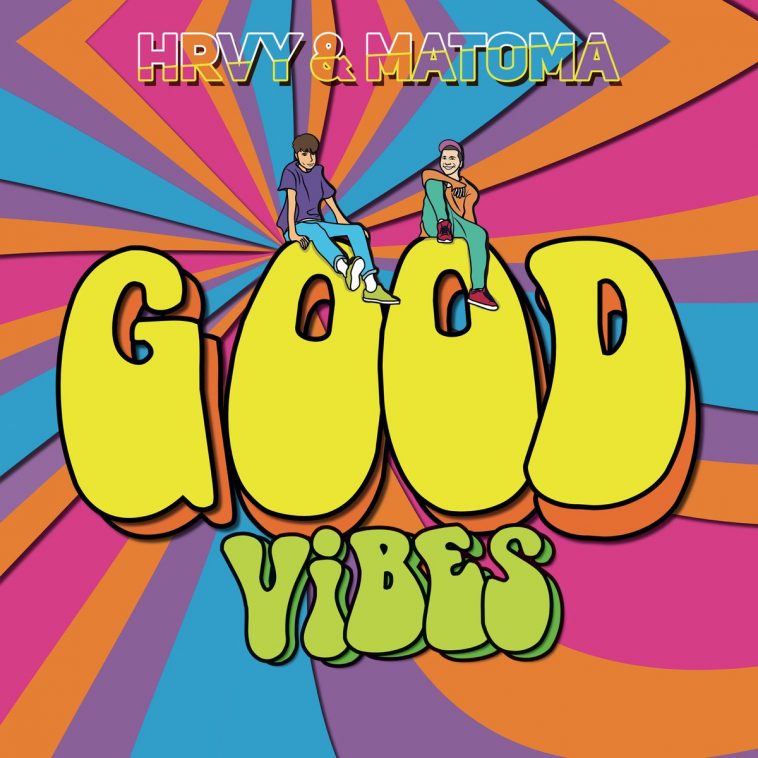 Today HRVY drops the upbeat Matoma-collab ‘Good Vibes’ and announces he’ll be donning the dance shoes for this season of Strictly Come Dancing.

The latest track from the 21-year-old’s upcoming debut record, CAN ANYBODY HEAR ME? (available for pre-order here), ‘Good Vibes’ is the feel-good flick we all need right now. “I only want good vibes around me tonight, no negativity in my life,” HRVY opens on the single for which he teases a music video coming soon. Funky dance-pop with trademark Matoma production, the single will have you longing to hit the dancefloor, which the singer himself will be doing sooner rather than later.

Announced this morning as the latest competitor for this winter’s Strictly Come Dancing, HRVY will be swapping the choreography of music videos and TikToks for the latin and ballroom lessons of the infamous BBC flagship show. The ‘Personal’ singer joins fellow pop star Max George on the lineup, alongside the likes of returning Jamie Lang, boxer Nicola Adams, BBC Radio 1 presenter Clara Amfo, comedian Bill Bailey and others who you can find here.

No stranger to a dance routine across his music videos, see ‘Million Ways‘ with Loren Grey and ‘Hasta Luego’ with Malu Trevejo, as well as high-energy choreographed sets showcased at BBC’s Radio 1 Teen Awards and Big Weekend – HRVY is no stranger to some fancy footwork. Here at CelebMix, we daresay the singer could turn some heads as he eyes up the Strictly glitterball.

Having had to postpone a mammoth headline tour across the globe earlier this year, HRVY has shown there is still time to make 2020 his biggest year yet. A string of high profile collaborations this summer, which CelebMix included in our all-time ranking of HRVY team-ups, proceeded the announcement of the star’s hotly-anticipated debut record and now comes the news of Strictly Come Dancing.

Are you feeling the ‘Good Vibes’ from HRVY’s latest track? How do you think he will do on Strictly Come Dancing? Let us know @CelebMix on Twitter.