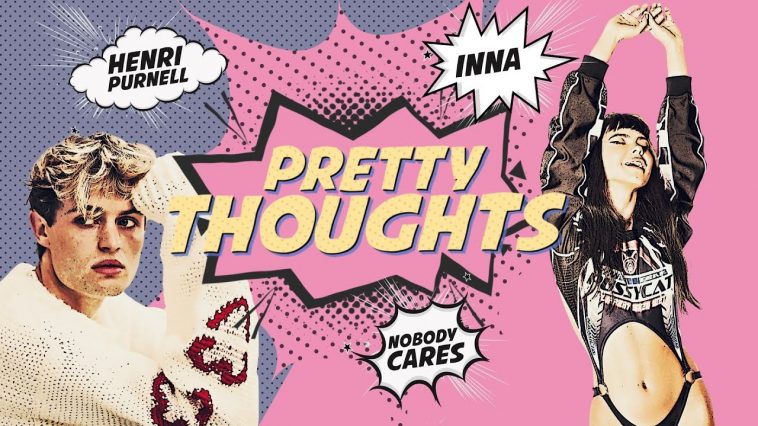 Henri Purnell is a rising YouTuber and singer-songwriter from Germany. He is close to hitting over a million YouTube views and currently has over 8,000 subscribers. His videos touch upon his music creativity along with arts and crafts vlogs which has propelled his views and fans. He is full of positive energy and good vibes which has spread across his viewers and encouraged millions of streams on Spotify, with his collaboration with Revelries, titled “Feel It Still”, gaining over 15 million Spotify streams, which is his most-streamed song to date, with “In My Fantasy” trailing just behind with 12 million Spotify streams, which is a collaboration with Lucas Estrada and NEIMY. He’s definitely someone to be on the lookout for in the coming years, and gaining a collaboration with INNA just shows how incredible he really is.

INNA, real name is Elena Apostoleanu, is one of the biggest Romanian female artists around at the moment, having gone on to have international success with her early singles such as “Hot”, “Amazing”, and “Sun Is Up”. She continued her success with a variety of singles that have hit over 100 million views on YouTube including “Ruleta“, “Gimme Gimme“, and “Heaven“. She has collaborated with some of the biggest artists and DJs including Flo Rida, Pitbull, J Balvin, Daddy Yankee, Martin Solveig, Sak Noel, and Dannic, to name a few. Last year, she dropped her sixth studio album, YO, which saw her take creative control, spawning the singles, “RA”, “Iguana”, “Sin Ti”, “Tu Manera”, and “Te Vas“. We also managed to speak to INNA in an exclusive interview about the album. Now she’s working on a new era with the release of “Bebe” with Vinka, “Not My Baby”, “Sober”, “Nobody”, “Discoteka” with Minelli, and “Read My Lips” with Farina, as well as collaborating on Yellow Claw’s track “Baila Conmigo” with Saweetie and Jenn Morel, releasing “VKTM” in collaboration with SICKOTOY & TAG, and most-recently collaborating with Michael Calfan on the song “Call Me Now“. We also expect the third issue of INNAMag after she released issue one and issue two last year. She also recently appeared as a judge on Pro TV’s The Masked Singer Romania, which has just finished.

Also on this single is Nobody Cares, who is a producer who has worked with the likes of Lucas Estrada, Laura White, Starley, and Fritz Kalkbrenner. We’re excited to see what else Nobody Cares releases and works on in the next few years.

This song, according to Spotify, was written by Dominik Felsmann, Elena Alexandra Apostoleanu, Henri Purnell, Iselin Solheim, Jintae Ko, and Sofia, whilst it has been produced by Henri Purnell and Nobody Cares. An official lyric video was dropped on Henri Purnell’s official YouTube Channel.

A super sweet melody running throughout, Henri Purnell continues his upbeat and positive production with this number. Vocally, INNA is a total stand-out, with this vibe and energy suiting her voice down to a tee. It’s a brilliant track with an unforgettable rhythm and a catchy believable chorus that INNA sells completely. The track is about healing after a relationship and starting to love yourself again, and figuring out that the relationship wasn’t as good as you may have thought it was, and that you’re doing so much better now. It’s one awesome positive track that many people need in their lives right now, and all three artists manages to impress with “Pretty Thoughts”. We’ll be listening to this on repeat for the rest of the week.

The accompany lyric video has a pop-art, comic-book style to it with model shots of Henri Purnell and INNA appearing throughout. It’s highly relatable to the vibe of the song and definitely makes it stand out.

INNA also dropped a performance video for the song on the day of released. She works it like she’s on stage giving us undeniable energy throughout and fully feeling the song in both her vocal and her stage presence. The LED lighting of the room she is in gives an interesting visual although can be considered a bit distracting. INNA brings it like she always does, and it’s not a surprise the the video has already racked up over 1 million YouTube views.

What do you make of the new single “Pretty Thoughts” by Henri Purnell, INNA & Nobody Cares? Let us know on Twitter @CelebMix.