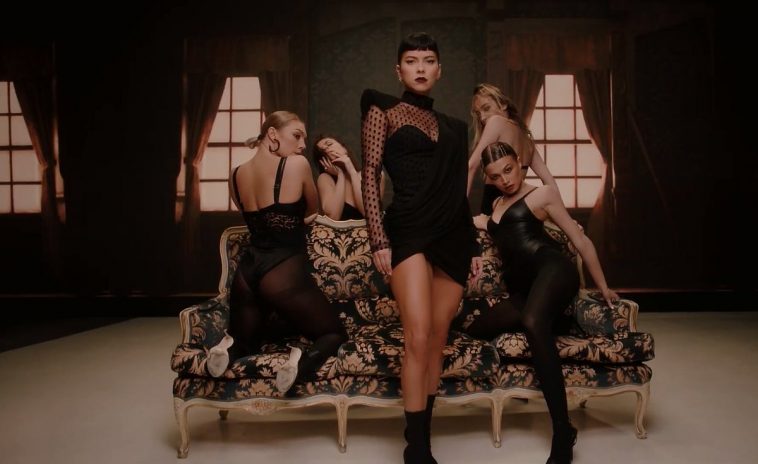 We have another awesome new single from INNA, this time it sees her collaborate with SICKOTOY and TAG for a dance track like no other, titled “VKTM”. This follows up INNA’s recent single release “Sober“, SICKOTOY’s collaboration with Ilkay Sencan on the single “Dum Dum”, and this marks TAG’s debut release.

SICKOTOY, real name Alexandru Cotoi, is best known for producing and co-writing many tracks by Romanian stars. Including INNA’s “Te Vas“, Antonia’s “Dor de tine“, and Delia’s “Acadele”, as well as Alexandra Stan’s “Dance”, “Vanilla Chocolat”, and “Thanks For Leaving”. He dropped his first single under SICKOTOY at the start of last year, titled “Addicted” featuring Minelli, and has gone on to have some hits in Romania, namely “You Don’t Love Me” which featured Roxen. We’re sure this collaboration will do just as well and it’ll be exciting to see where SICKOTOY will go next, he’s definitely someone to keep your eyes and ears on.

As for INNA, real name is Elena Apostoleanu, she is one of the biggest Romanian female artists around at the moment, having gone on to have international success with her early singles such as “Hot”, “Amazing”, and “Sun Is Up”. She continued her success with a variety of singles that have hit over 100 million views on YouTube including “Ruleta“, “Gimme Gimme“, and “Heaven“. She has collaborated with some of the biggest artists and DJs including Flo Rida, Pitbull, J Balvin, Daddy Yankee, Martin Solveig, Sak Noel, and Dannic, to name a few. Last year, she dropped her sixth studio album, YO, which saw her take creative control, spawning the singles, “RA”, “Iguana”, “Sin Ti”, “Tu Manera”, and “Te Vas“. We also managed to speak to INNA in an exclusive interview about the album. Now she’s working on a new era with the release of “Bebe” with Vinka, “Not My Baby” and “Sober”, as well as collaborating on Yellow Claw’s track “Baila Conmigo” with Saweetie and Jenn Morel. We also expect the third issue of INNAMag after she released issue one and issue two last year.

Then there’s new artist TAG, which stands for The Anti-Group, and consists of a producer cohort who, according to the press release we’ve received, has worked with the likes of Britney Spears, Nicki Minaj, Charlie Puth, Travis Scott, Migos, Lil Uzi Vert, Wiz Khalifa, Pitbull, Kesha, Flo Rida, Waka Flocka Flame, and David Guetta, and has even earned Grammys and BMI awards – suggesting that TAG is the singer-songwriter Breyan Isaac, which makes sense.

The song has been written by Breyan Isaac (TAG) and Alex Cotoi (SICKOTOY), and produced solely by the latter. As for the music video, that has been directed by Bogdan Paun of NGM Creative, with Alexandru Muresan acting as director of photography, Andra Marta & Cristina Poszet handling the script, and Radu Lupu of Loops Production producing the visual.

Production quality at its best, “VKTM” plunges INNA into an even more fresh EDM sound than her deep house tracks “Not My Baby” and “Sober“, bringing an industrial house music vibe mixed with a hint of folk and rock, with an empowering dance beat, showing that SICKOTOY knows exactly what he’s doing. It reminds us of MARUV and would’ve fitted her catalogue perfectly, and even the music video has some of that sexy BDSM influence that we see in MARUV’s videos. Lyrically, it’s not impressive but INNA works it with her awesome vocals, and we have to admit we’re addicted to “VKTM”.

The music video is selling sexiness, similar to Antonia’s “Hotel Lounge” and G Girls’ “Call The Police“, it’s not something we expect from INNA, per se, but she turns it out and brings it like she normally does. The only INNA video we can think of that has the same sort of vibe is “Club Rocker”. We start off with a small intro that sees SICKOTOY walking towards a building and we see he is wearing a hoody with his name emblazoned on the back, we later see him rising up the elevator and he’s donning some sunglasses. As for INNA, she’s sexy throughout, she can be seen with her back-up dancers, knocking out choreography steps – something we’ve been wanting from her for years – on a sofa, and then in another scene, they’re dancing on chairs. There’s also scenes of INNA in an armchair with TV sets behind her, and then towards the end, we see her wearing a Vetements neon-green sports bra with matching leggings under a neon-green jacket. More sexualised than we’ve seen from INNA in recent years, in a current and contemporary way, “VKTM” is a visual we won’t forget.

“VKTM was a very interesting experience from a musical point of view. I collaborated with Breyan Isaac, and INNA, through her voice and attitude, brought the track to a whole different level. The composing session was really FUN, it gave us full creative freedom. The track’s message could be considered taboo in our daily lives, each one of us has feelings that can’t be directly expressed, but there are moments when you get deeply sincere and become vulnerable, a victim of love. The beat is strong, full of energy, and I hope, a future club hit,” SICKOTOY said in a press release.

In the same press releases, INNA said, “VKTM is that track that I’ve listened to on repeat, non-stop, and I just couldn’t wait for its release, it’s one of my favorites! Turn the volume up and enjoy love and music.”

TAG continues by saying, “VKTM is probably one of the most unique songs I’ve been a part of writing in a long time. It’s vulnerable, indulgent, apologetic, and openly rebellious all at the same damn time. I know everybody’s felt like this at least once. And, I did the song with my friends. So that makes it better.”

“VKTM” is available to download and stream right now, via Global Records. Look out for our interview with INNA about this track and more, coming soon.

What do you make of SICKOTOY, INNA & TAG’s new single and music video “VKTM”? Let us know on Twitter @CelebMix.