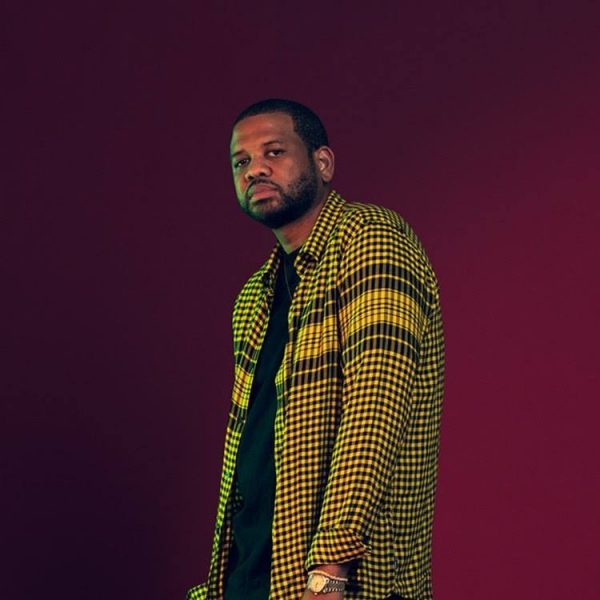 Borrowing visual elements from Hollywood action/heist movies such as The Transporter and Set It Off, “Laughing To The Bank” depicts three masked rappers exiting a bank, making off with stacks of greenbacks. Back at their hideout, the trio celebrates their newfound wealth – doing ‘the rich dance,’ and fanning out the Benjamins.

CelebMix caught up with the Miami-based DJ Five Venoms to talk about how he got started in music, his influences, and what he’s got coming down the pipeline.

My cousin is a DJ. He introduced me to DJing when I was 10. I’m originally from New Jersey. I use to spend my summers in Virginia where he lived. I would spend my day in his room going through all his records.

What’s the story behind the name – DJ Five Venoms?

I am a big Wu-tang Clan fan. Which introduced me to Kung-Fu films. One of the movies used for samples on Wu-Tang albums is call “Five Deadly Venoms.”  I took the “Five Venoms” from that title.

Right now I can’t get Mario Judah – “Die Very Rough” out of my head.

What singers/musicians influenced you the most?

Wu-Tang Clan has been a big influence on me early, as far a musical taste. There are so many different styles in one group. I’m influenced by other DJs such as, DJ Jazzy Jeff, DJ Khaled, DJ Drama, and DJ- AM who is one my favorites because he was not scared to try something different.

Hip-hop is by far the most popular music genre in the world. How do you keep your sound fresh and avoid coming across as derivative?

Just trying different things. I want to make music that sounds current but not like everyone else.  Also working with new artists that maybe haven’t had that big look yet but I see something special in them.

What is your songwriting process?  Do the rhymes come first, or the music?

It’s a little bit of both. If I have a beat that I feel fits an artist, I will reach out to them. And the other way is if an artist wants to work, I will get beats that fit the artist.

What was the inspiration for your new single/music video “Laughing to the Bank?”

It was really a celebration. I have been holding the song for a while now because of COVID.  With places starting to open back up and people being able to go out, I wanted to create an anthem that would either inspire people to grind and get money or if they have it, to celebrate that fact.

The video was fun to shoot. We modeled the video after a couple of bank robbery movies. We had a lot of fun shooting it. I really hope they enjoy watching it. We went for a very cinematic feel for the video.

How did you come to hook up with BabyBoySlimee and Pressure Dommer?

I met BabyBoySlimee through I friend of mine, DJ Stacks, from New York.  He is a Heavy Hitter DJ. On the 2019 Heavy Hitters Retreat a lot of the DJs were posting about him. So I went and checked him out. He has a song called “Aqua” that they shot in L.A. So I was booking my lineup for my Rolling Loud LA set. I hit Stacks to connect us and it turned out that he lived in South Florida. After he did the set in LA, we stayed in touch. We linked up when Nvbeel, the producer that produced “Laughing to the Bank,” came to Miami. We knocked out “Laughing to the Bank” that night.

I met Pressure Dommer 10-years ago, when I lived in Orlando FL. He is an artist that feels crazy talented and can rap circles around most artists.

Where was the video filmed and who directed it?

The video was filmed in Orlando and was directed by Sarcasm the Savage, and shot by Cool Nerd Vision.

What’s next for you musically?

I have more records coming. I also have my own label, with new music from Pressure Dommer and Prettyboy Kelsey.

Any people you want to thank or give a shout out?

Yes, my Mom for always supporting me, my fiancé Dana, the whole team at Rolling Loud, and my team at Sic World Music for the work they have been putting in on these records.