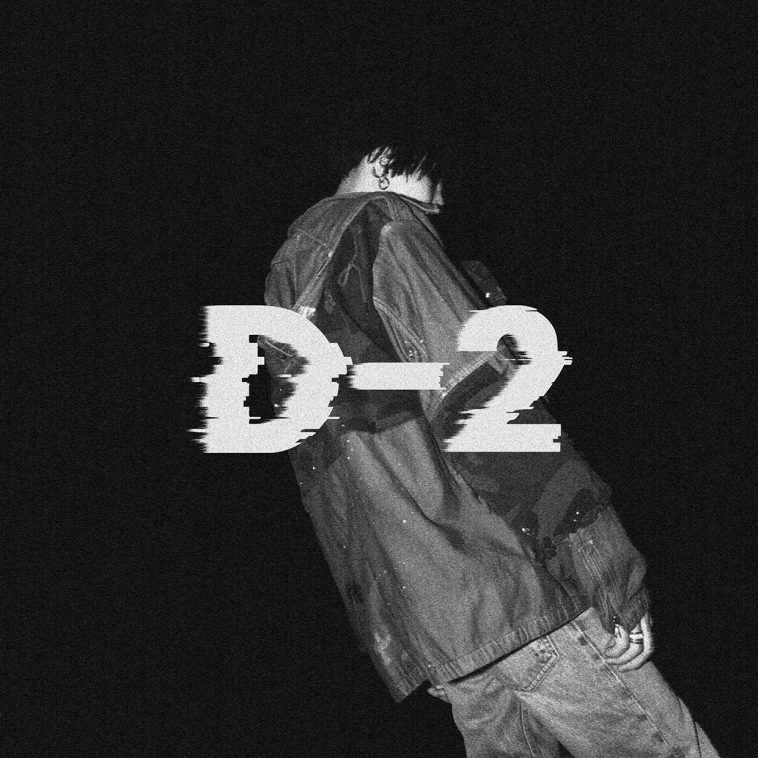 Min Yoongi, who goes by the name AGUSTD as a soloist, has finally dropped his new album D-2. In addition to the album, the rapper has also dropped the music video for the single “Daechwita”.

The album was first released on Apple, followed by other streaming platforms.

For the last seven days, Big Hit had been teasing a new project on Twitter. As the teaser images became more clear, the silhouette seemed to finally appear of either Jungkook or Yoongi. But yesterday, fans noticed that the Apple profile for AGUSTD has been updated. The confusion, if it would be Jungkook’s anticipated mixtape or Yoongi’s awaited squeal to his first mixtape, was therefore solved.

The new album comprises of 10 songs with collaborations from MAX, NiiHWa, Kim Jong-wan, and RM. As mentioned by the artist, D-2 is a “documentation of myself as a 28-year-old”, something we also saw in his collaboration as a producer and a feature on IU’s track “Eight”.

AGUSTD, which reads as Suga from Deagu Town, released his first self-titled mixtape in August 2016. The mixtape that included singles like “The Last”, “Give It to Me”, and “So Far Away”, was a raw expression of his journey as an artist, recording his days before and after debut.

The rapper also shed light on less talked about topics such as his struggle with depression and social phobia and contemplated about the contradictory nature of fame. In his interview with TIME for D-2, Yoongi discussed the difference between his personas and explained,

“The difference is that there is a lot more that I can openly express and than I can show a more raw side to myself [with AGUSTD]. What’s similar is that both (Suga and AGUSTD) sing of dreams and hope.”

In addition to the release of the album, AGUSTD also dropped the music video for the single “Daechwita”. Reminiscent of tradition in the home country, the track is laden with influences from Korean music, with the single using “pansori storytelling” and “Kkwaenggwari” percussion, as highlighted in an interview with TIME. Yoongi, in his interview with the magazine, explained,

“The theme “Daechwita” was already on my mind when I first started working on this track, so I sampled the sound of a real ‘Daechwita’. The first thought I had was that I wanted to sample the music that is played during the ceremonial walk of the King, so naturally, Korean elements ended up being an essential component to the track as well as the music video.”

The song talks about his growth as a rapper, the topic he touched in the lead single of his first mixtape. Both the songs announced the entry of the rapper. In “AgustD” he was still climbing the ladder in the industry and listing down his goals but now in “Daechwita”, he is looking back on what all has been achieved, with full confidence.

Our review of the album is coming soon! Tell us what you think about D-2 via tweet @CelebMix.