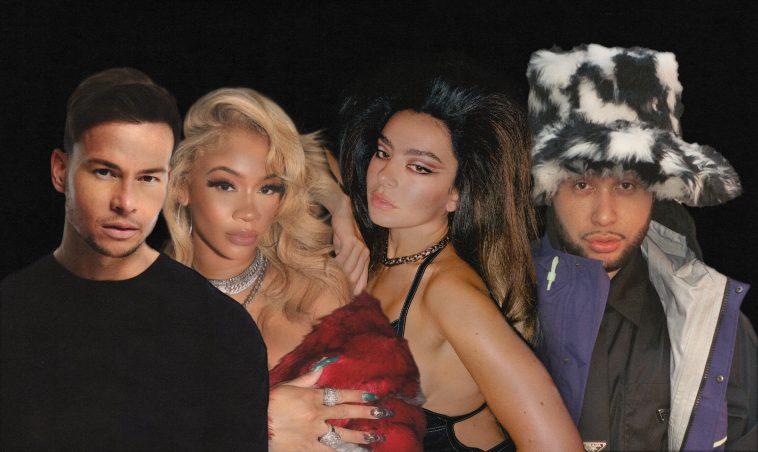 Joel Corry and Jax Jones, two of the UK’s leading dance producers, have teamed up with Charli XCX and Saweetie for their electrifying new single ‘OUT OUT’.

Sampling Stromae’s late ‘00s dance classic ‘Alors On Danse’, ‘OUT OUT’ is bursting with fun, carefree vibes and is the perfect party anthem to celebrate the world slowly opening up once more.

Pop trailblazer Charli XCX’s distinct vocals set the mood for an unforgettable night out whilst Cali rapper Saweetie, who was recently nominated for Top Rap Female Artist at the 2021 Billboard Music Awards, delivers additional fire with her rap verse.

Combined with Joel and Jax’s signature production styles, which complement each other perfectly on this record, ‘OUT OUT’ is a high energy dance anthem which is set to be the soundtrack to every hardcore night out.

“I’m buzzing to collaborate with my bro Jax Jones and the amazing Charli XCX and Saweetie”, says Joel. “I’m a huge fan of Stromae’s classic ‘Alors On Danse’ and wanted to put a fun spin on it for summer 2021. Now we can party again, I want everyone to let their hair down and go OUT OUT!”

Jax added: “I met Joel a few years ago and love his energy, focus and ambition, so a collaboration felt natural. ‘OUT OUT’ feels like a proper party starter and is the perfect blend of our different sounds. I’m a big fan of Charli and Saweetie, having them on the song makes it feel like a moment with real synergy – at just the right time. I can’t wait to see this record drop and watch the reaction on the dance floor.”

Listen to ‘OUT OUT’ below.

‘OUT OUT’ has all the ingredients of a summer smash, with Joel and Jax yet again delivering the ultimate bop to carry us through the next few months. This time last year, Joel was dominating the charts with the phenomenal number one hit ‘Head & Heart’ featuring MNEK, whilst earlier this year he dropped the infectious ‘BED’ with David Guetta and RAYE. Jax also has a history of dominating summer playlists with a huge string of hits under his belt including ‘You Don’t Know Me’ with RAYE, ‘Instruction’ with Demi Lovato and ‘Ring Ring’ with Mabel and Rich The Kid.

The track is also the latest release from Charli XCX after teaming up with No Rome and The 1975 earlier this year for ‘Spinning’. She also unveiled her incredible lockdown album how i’m feeling now last year to critical acclaim and will be releasing her new single ‘Good Ones’ on September 2. Saweetie was recently featured on the remix of Little Mix’s ‘Confetti’ whilst she’s also due to release her debut album Pretty B*tch Music soon.

‘OUT OUT’ is available to download and stream now.

What do you think of this Joel Corry, Jax Jones, Charli XCX and Saweetie team up? Let us know on Twitter @CelebMix