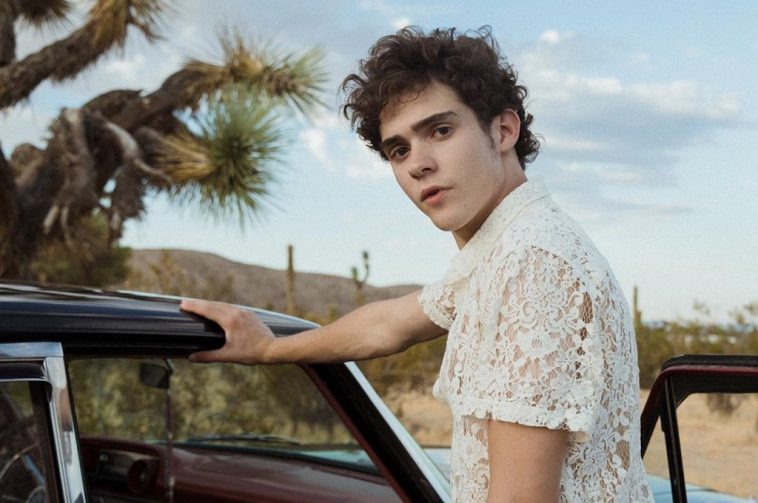 The EP, which looks set to be self-titled, will consist of six songs, including two already released singles, “Lie, Lie, Lie” and “Only A Matter of Time.”

Fans also know what “Heaven is You” sounds like since Bassett released a live video of the song on his YouTube channel.

As for “Sorry,” “Do It All Again,” and “Telling Myself,” fans are going to have to wait three more weeks until the EP is released, unless he drops another single.

It seems as though the EP will only be digital, as there is a link to pre-save, but not to buy. Joshua’s previously released singles, “Common Sense” and “Anyone Else” also do not seem to appear on the upcoming EP.

On February 12th, Bassett released a remixed version of “Lie, Lie, Lie” with R3HAB. This version really makes us want to go to a club (when it is safe to do so, of course) and just dance our worries away.

He also appeared in A BOOK OF magazine by Blurb, filled with pictures of him in outfits Harry Styles would be proud of.

There is currently merch available, with the promise of more on the way, on his website. You will be supporting amazing charities so go check it out.

We are so excited to hear this EP and are so proud of Joshua. Be sure to pre-save so you can enjoy on March 12th.

Which song are you most excited to hear? Let us know on Twitter at @CelebMix.