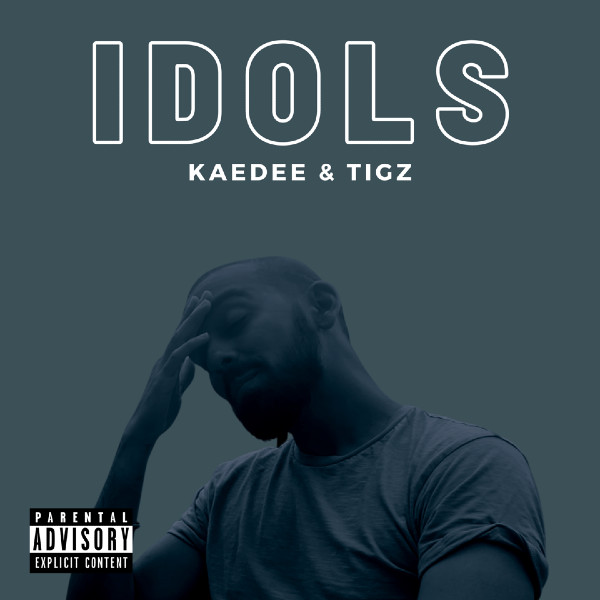 Talking about “Idols,” KaeDee shares, “The song came about from freestyling over club beats on YouTube, and the concept of ‘idol worship’ came out through the lyrics, so I locked in with my producer AMoZ to build that similar vibe and we put the song together from there. We then sent it to Tigz who’s been getting a lot of traction in the underground UK scene, as well as big artists and radio DJs.”

Growing up in Britain, KaeDee began scribbling bars in notebooks while attending a starchy, conservative private school. Later, he found himself performing to SRO audiences in clubs in Dalston. Since then, his rise has been meteoric, from dropping his first mixtape in 2015, displaying his raw but instantly recognizable gift for insightful lyrics and his dazzling flow.

After that, he began working with his friend and producer AMoZ, putting together an innovative and imaginative album, entitled Running Away, revealing the inner thoughts of a man who hardly ever is allowed to speak his mind.

Running Away dropped in 2019, collecting vast praise from critics and fans, followed by KaeDee touring London’s top venues, performing for large crowds, and wowing the music media. Subsequently, KaeDee has been in the studio, working on new, edgier singles matched to the existing hip-hop and Grime scenes in the UK, along with a mixtape, Oh My Days, released last year, and a potent album of ferocious energy, Written At No. 16.

The thrumming, deep pulse of the beat juxtaposed against the luminous top layers of pealing colors gives the track palpable dual sonic nuances, one shiny and chrome-like, the other dark and hefty.

KaeDee and Tigz have it going on! “Idols” pushes out boom-bap brawn, luscious, edgy flows, and beaucoup banging dynamics.