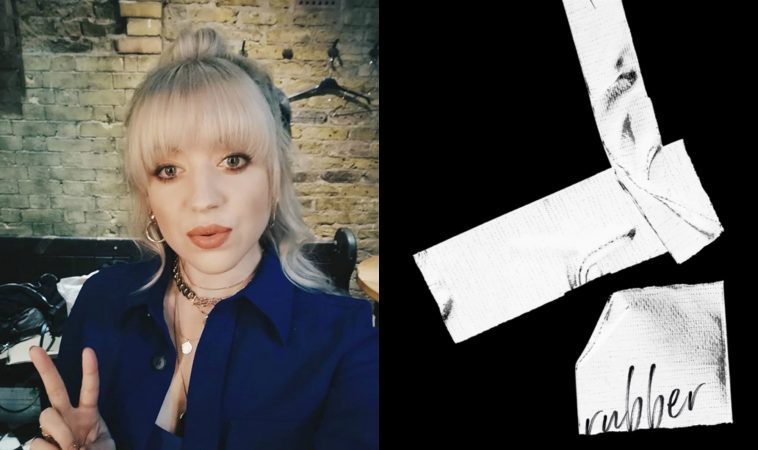 Image of Leah McFall taken from her Instagram: https://www.instagram.com/p/B1wjXzWF9RO/

Last week saw Leah McFall release an awesome new single, titled “Rubber”. As per usual, her vocals are off the chart on this new track, and we can’t help but listen to it on repeat. The song follows up her feature on CFC Music’s single “Once And For All” and her previous solo single release “Freckles” which is still one of our favourite ever songs from this singer-songwriter.

Leah McFall is best known for being on The Voice UK season two under will.i.am’s team, where she became the runner-up, after Andrea Begley. She had amazing success on the show, with her performances ranking highly on the UK charts. After the show, she released her debut single “Home” which featured will.i.am and had planned to release a debut album, but it got cancelled. Since then, she’s been releasing music independently which saw her drop singles “Wolf Den” and “Happy Human” as well as a unique version of the Christmas song “Silent Night“, leading up to her Ink EP. She then, independently, launched her INK Tour around the UK, where her shows in Manchester and Birmingham were sold out. She also appeared in an episode of Stage School being a guest mentor in a one-off class. Recently, she has dropped new music in the likes of “Somber”, “White X”, “Marriage”, and “Freckles”. We managed to hear some new songs from her when we attended her White X Tour earlier this year, where she visited Manchester, Birmingham, and London, one of which was this new single “Rubber”. We also want to express our congratulations to Leah McFall and Nate Catterson as in December she gave birth to a beautiful baby boy.

The new song is in a similar style to her previous tracks, something we’re quickly associating with Leah McFall as her signature sound. The verses allow her to delve into emotion for the song and showcase her beautiful vocal runs, whilst the chorus gives us a more pop-dance vibe with deepened lyrics and a strengthened stance – which is something we loved in “Freckles“. At the end of the chorus is an addicting run that practically defines the whole song, so unforgettable that after hearing it performed live, we had it in our heads for months – now the song has been released, we’re going to be hearing this song in a loop around our minds. The lyrics are about ending what could’ve been a relationship and erasing them for her mind because he hurt her and wasn’t ready to be monogamous.

“Rubber” is available to download and stream right now, and if Leah McFall’s concerts we’ve been to are anything to go by, she has lots of unreleased material ready to be released – we’re so excited for her to drop new music.

What do you make of Leah McFall’s new single “Rubber”? Let us know on Twitter @CelebMix.