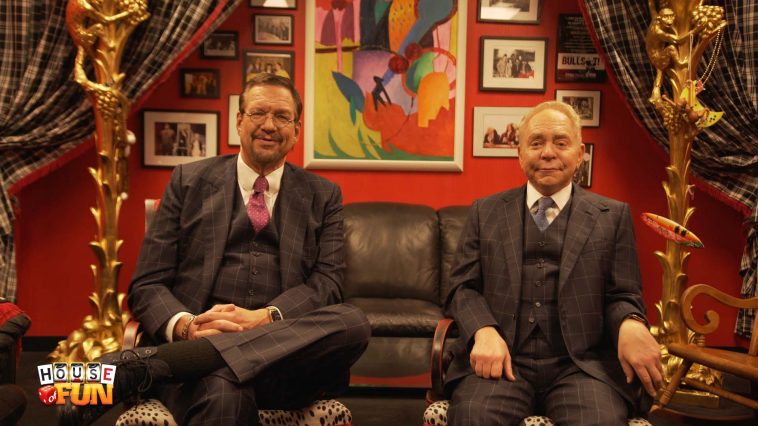 Click here to download Playtika’s free slots game House of Fun and join Penn and Teller on their adventure!

“This is the first time in history of mobile gaming where a mini-series is being hosted inside a whole game. This is a story that will be mixed in with the game on people’s devices which is very exciting,” said Penn at the set of the video shoot.

“We’re happy to be part of blurring the lines between various kinds of entertainment.”

The collaboration, which will be promoted through a nation-wide commercial this November, felt very natural to the pair:

“House of Fun is Vegas-themed, and we are Vegas-guys. The city is about gaming and so is House of Fun!” added Penn.

House of Fun “Pass Stories” – a 16-episode, mission-based adventure – is a mini-series that will be streamed exclusively within a mobile game. The mini-series will be part of the game’s Super Pass feature, giving players the chance to help Penn and Teller complete missions in order to solve an intriguing mystery.

“We’re in there with all sorts of characters,” continued Penn. “It’s a bit like Space Jam, only shorter and featuring Cinderella, Santa Claus, Frankenstein’s monster, Dracula and more.”

The launch of this unique mini-series marks the 10th anniversary of House of Fun, the globally popular title from Playtika, a leading gaming company with a mission to entertain the world through infinite ways to play.

House of Fun is available now for free download on Android, iOS, and Windows.

Click here to download free slots game House of Fun and join Penn and Teller on their adventure!