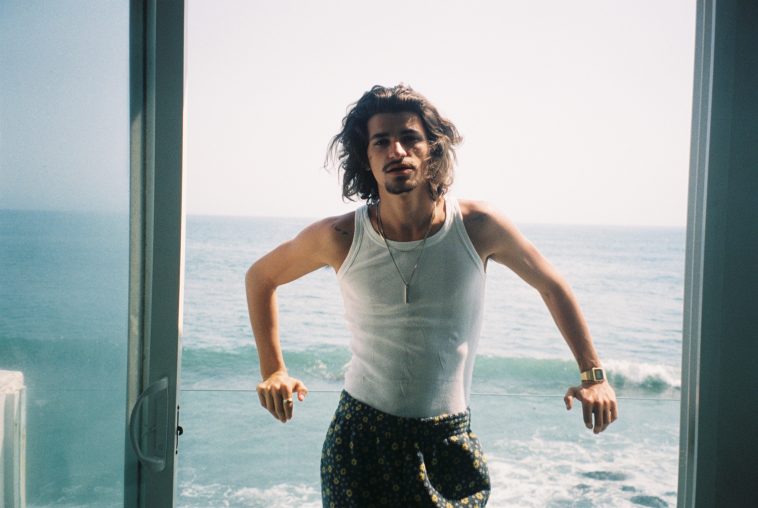 Having made a name for himself as one of the music industry’s most sought after songwriters and producers, Mike Sabath is stepping into the spotlight on his own with the release of his debut solo single ‘Good Energy’.

Released via Warner Records, ‘Good Energy’ is the perfect release for the current climate and radiates much needed positive vibes. Laced with a catchy chorus and vibrant melodies throughout, ‘Good Energy’ is without doubt an impressive debut from Mike. It’s the kind of song you’d want to listen to as you drive in the car with the windows down, and it fully deserves to be played at full volume.

Speaking about the track, Mike said: “I made this song before the current state of the world all went down. It was tapped into a place of bliss and you can feel it, it’s real. It’s not like I was trying to make a ‘good energy’ song, it was like, I was just feeling great…and I need the song personally right now and I know other people need it too.”

You may recognise Mike from his 2019 collaboration with Meghan Trainor called ‘Wave’. Not only did he sing on the song and co-produce it, but he also performed the track with Meghan on The Voice and The Ellen DeGeneres Show.

Music has been a huge part of Mike’s life from a young age, and he wrote his first song when he was in 4th grade – a love song for his school crush called ‘The Carlie Song’. During 7th grade, he wrote a song called ‘Hand in Hand’ which he recorded with a chorus of 140 local kids. The song went on to raise more than $10,000 for the charity Ability Beyond Disability. The following year he also wrote and recorded a track called ‘Talk About It’ in aid of the Westchester Mental Health Association.

During his middle and high school days, Mike continued to write and record new songs and even ventured to Los Angeles with his manager Don Isaac to sneak into studios for recording sessions. By the time he was 18, Mike had some high-profile studio sessions under his belt and later made the decision to defer admission to Harvard in order to pursue music full time.

The rest, as they say, is history, and Mike has gone on to become one of the industry’s most exciting songwriters and producers. As well as working with Meghan Trainor, Mike has worked on some of our favourite tracks from the past few years including Liam Payne and J Balvin’s ‘Familiar’, Little Mix’s ‘Wasabi’ and Jonas Brothers’ ‘Hesitate’. He’s also worked with artist including Selena Gomez, Lizzo, Sabrina Carpenter and more.

2020 might have been a strange and testing year, but for Mike Sabath, it’s the year that he will make his mark in his own right. Established songwriters like Mike are vital in the industry, however, we love seeing them step out and get the recognition they deserve as solo artists. If ‘Good Energy’ is anything to go by, then Mike is undoubtedly one to watch over the coming months.

‘Good Energy’ is available to download and stream now.

What do you think of ‘Good Energy’? Let us know your thoughts on Mike Sabath and his new single on Twitter @CelebMix