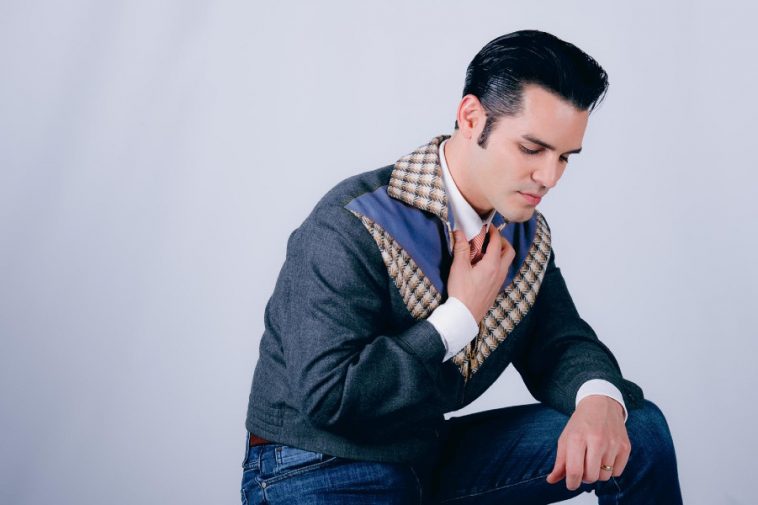 Singer-songwriter Nick Voss, aka Nicholas Melendez, introduces the music video, “Santa Claus Is Back In Town,” the iconic song first recorded by Elvis Presley in 1957. The song appeared on Elvis’ Christmas Album, the best-selling holiday album ever in the U.S.

Nick explains, “‘Santa Clause is Back In Town’ is a Holiday Spectacular and truly my all-time favorite Elvis Christmas song! In collaboration with the ‘Burn The Floor’ cast, we came together and decided we wanted to make a cool video this Christmas for the Burn Nation Audience. Collectively using what we had while we crossed from the Mediterranean to the Caribbean, we spent a good night putting this together and had fun while executing the performance. If you’re looking for a good Rock N Roll Christmas tune ‘Santa Clause Is Back In Town’ is definitely it.”

Talking about how he got started in music, Nick told Music News, “Well, I’ve been on stage since the young age of 5years old, but really started playing and writing music when I was 17 with a couple of rocker friends of mine. After being in several Garage bands I started performing solo and decided to go by the name Nick Voss, I use to go around singing Elvis songs in elementary school and my younger kid friends in Miami would call me the “EL VOS” it was kind of a nickname for the Spanish Elvis. At one point I thought Voss would be a cool thing call myself as a performer, so I came up with Nick Voss and it stuck.”

Nick gained international attention when he performed “Trouble” on the X-Factor in 2011. Since then, he’s become the lead singer of Burn The Floor, the famed theatre group that has performed in more than 130 countries.

“Got no sleigh with reindeer / No sack on my back / You’re gonna see me comin’ / In a big black Cadillac.”

On “Santa Claus Is Back In Town,” Nick Voss channels the cool charisma of Elvis, while backed by a dazzling troupe of dancers.