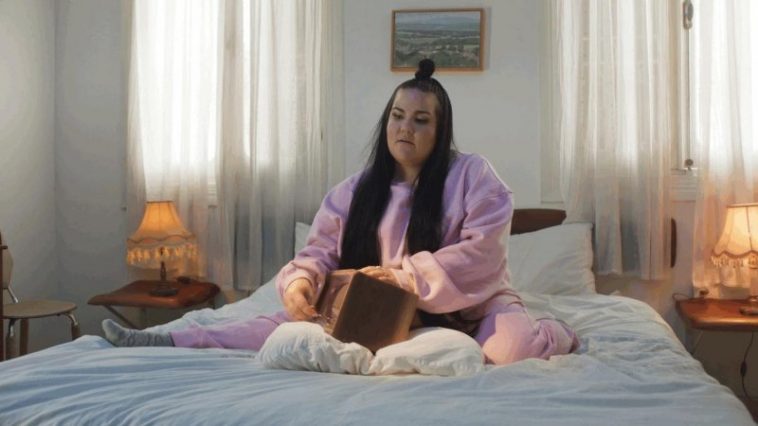 For all the viewers who watched Eurovision: Europe Shine A Light, you would’ve seen Netta reveal her brand new song “Cuckoo” in an exclusive stripped-back clip for the show. This visual literally touched us right in the heart and gave us chills. This release follows up her feature on Dego’s single “Corona” and her single “Ricki Lake“.

Netta Barzilai has had a whirlwind two years, from entering HaKokhav HaBa, the Israeli national selection show to Eurovision, to going on to win the contest and getting the chance to represent Israel at Eurovision 2018, to then going on to win with her song, “Toy”. The song became an international success, even reaching the US Billboard Dance and US Billboard Hot Dance/Electronic Songs charts. The music video has reached over 100 million YouTube views, becoming the first and only video to reach that milestone on the official Eurovision Song Contest YouTube channel. Then, in early 2019, she followed the Eurovision song up with “Bassa Sababa” which is just as addicting and has an incredible bubble-gum visual to accompany it, she then released “Nana Banana” which she performed at Eurovision 2019, and then followed that up, this year, with the awesome track “Ricki Lake”. Netta is going to continue to be someone to watch in the coming years, and she’s just proven herself to the world that she can do a stripped-back ballad with this powerful new single “Cuckoo”.

This new song is unlike her previous tracks, it’s stripped back and shows off her vocal capabilities and her emotional input. It has been written by Bert Elliott, Krysta Marie Youngs, and Netta Barzilai, whist it has been produced by Bert Elliott and JR Rotem.

Talking about the song, Netta said: “This song was written about the feeling of being stuck in a loop, that you don’t know if you created yourself or someone else built for you. We decided to recreate this feeling with a music box. We worked over three months to build a custom made music box, which was very tricky because it’s an instrument that was manufactured by hand back in the 16th century. I’ve had this image stuck in my mind for a long time – a ballerina stuck inside a jewellery box, spinning around forever in a loop. Just like I’m afraid I might be. ‘Cuckoo’ is my confession. It reveals a vulnerable side of me, which I’ve never let anyone see before. I am in a place where everything happened to me really fast, and I can’t help but doubt things.”

The video above debuted on the Eurovision replacement show, Eurovision: Europe Shine A Light, which was broadcasted across 46 countries, and sees Netta in lockdown, wearing pink comfortable clothes, sitting on a bed with a music box in front of her. She turns the handle and sings the song, adding her heart and soul into the performance. Vocals were on-point, to the extent where we got chills, and the meaning of the song was totally heartbreaking, relatable, and real, allowing Netta to truly connect with everyone at home. This is a performance we are never going to forget.

The studio version of the track is a bit more upbeat, but the message behind the song is only more enforced. You can really hear that the lyrics are about a stalled relationship, unsure of how she got where she is now and whether there’s any hope left – which is even more relatable as millions of people have been on lockdown recently, away from their partners and their loved ones.

“Cuckoo” by Netta is available to download and stream, right now, via Tedy Productions under exclusive licence to BMG Rights Management.

What do you make of Netta’s new song “Cuckoo” and her brilliant music box video? Let us know on Twitter @CelebMix.