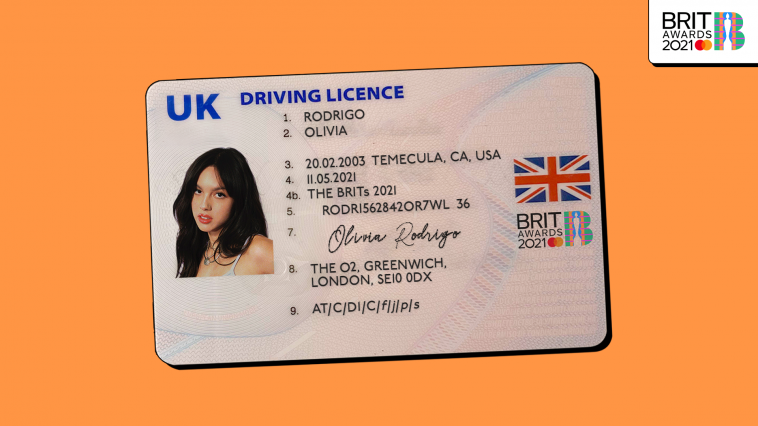 courtesy of The BRIT Awards

The star has enjoyed astronomical global success with her debut single ‘drivers license’ since its release back in January. Along with topping the charts in over 25 countries, the track debuted at number one in the UK and held the top spot for nine consecutive weeks, becoming the longest-running number one debut single in the UK for 15 years.

‘drivers license’ has since been certified Platinum by the BPI also also holds the record for the most recorded streams in a single day in UK chart history (for a non-Christmas song) with 2.39 million streams, surpassing Ed Sheeran’s ‘Shape of You’.

Speaking about performing at The BRITs, Olivia, who will be releasing her debut album Sour on May 21, said “I’m so excited that my first time in the U.K. will be spent at The BRITs! My U.K. fans have been beyond supportive of me, and I’m so excited to perform for them on this iconic stage.”

This year’s BRIT Awards will take place on May 11 at The O2 Arena, London. Hosted by comedian and actor Jack Whitehall, the ceremony will be broadcast exclusively on ITV and ITV Hub. It will also be the first major indoor music event to welcome back a live audience as part of the Government’s scientific Events Research Programme, with 2500 tickets being gifted to frontline heroes.

Are you excited to see Olivia Rodrigo perform at The BRITs? Let us know on Twitter @CelebMix