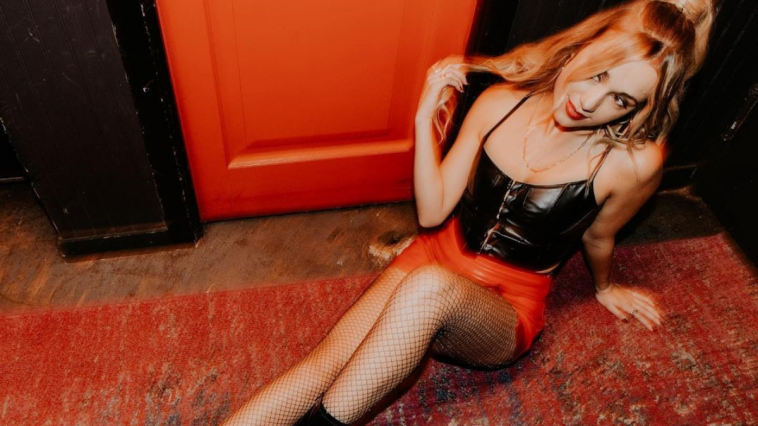 Since her debut in October 2019, the 29-year-old up-and-coming American artist has built a solid fan following and has garnered thousands of streams with her previous vibrant singles such as the saccharine pop song “Red Apple Lipstick,” laden with groovy electronics and sappy vocals, and another funky pop single titled “Sorry Anthem,” exploring the guilt of ending a decade-long relationship in a vulnerable yet vibrant sound.

Her recent neo-soul/pop single “Better Than That” is a heart-wrenching tale of imaginary romantic insecurities, becoming a grisly and heartbroken reality. As described by the New York singer in a statement, ” “Better Than That” learnt me a release from a tough time, and it fits the changing of the leaves more seamlessly than a pumpkin spice latte.”

Led by her sultry but powerful voice over an anthemic synth-tinged instrumentation, the track infuses the tension and frustration felt internally by the singer. It feels like a cathartic release of the sorrow that feels like a brisk walk through Central Park, post-rain, with fresh dew gorging your nostrils, and orange leaves crumpling at your feet with crackling sounds, circling through your melancholic thoughts. The gloomy blues guitar lick holds hands with the sentiments Paige Corwin is trying to express in this song and provides her with a platter to serve her thoughts to her audience.

The single showcases her ability to build a connection with her listeners through her relatable storytelling prowess and taking them on a journey through her peaks and troughs, complemented by delicate yet vibrant productions.

She offers a glimpse of life behind her eyes by delivering vulnerable, unfiltered emotion on a bed of contemporary soundscapes. She borrows from R&B, Funk, Hip-Hop, and everything in between, returning her product with a pop-spun bow on top, and couples her velvety champagne vocals with tales of her life, set to a backdrop of pointed kick drums and poignant melodies.

Having begun her musical journey making YouTube covers in her room, Paige Corwin has revolutionised into a soaring pop artist under the spotlight with her swelling discography with the potential for a mega-hit that would catapult her to even greater fame.

Listen to “Better Than That” by Paige Corwin below: