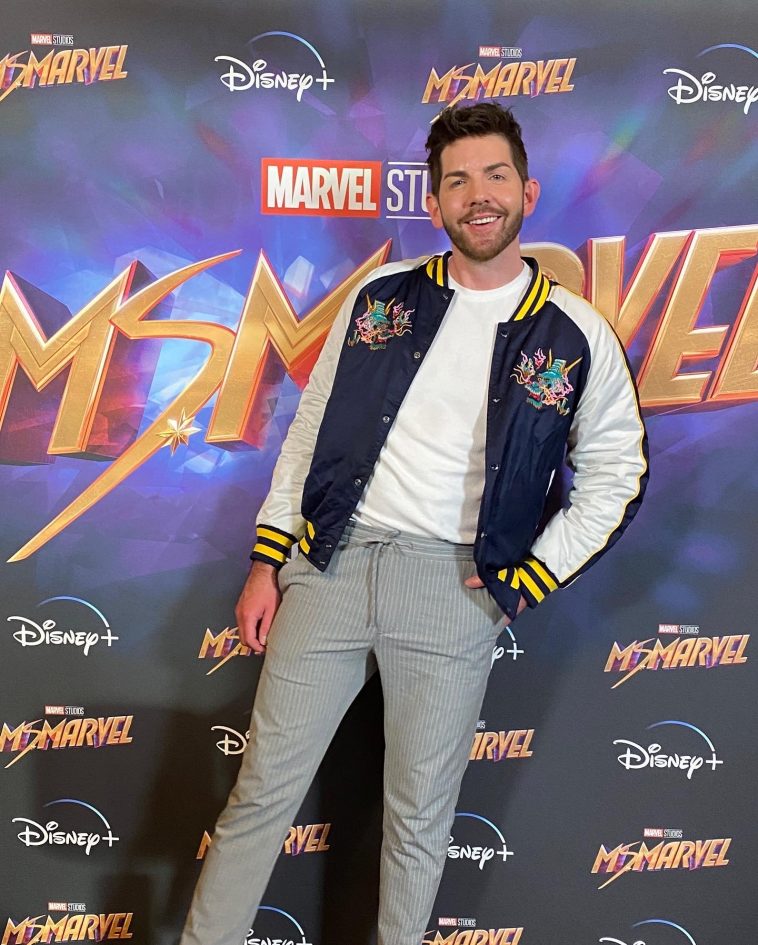 Last night was the Disney+ Ms. Marvel UK screening premiere and Welsh actor Scott McGlynn was in attendance looking as handsome as ever as he walked down the purple carpet.

The Welsh actor went on to state on Twitter that, “this show is epic!” and elaborated on Instagram, going on to say, “Iman Vellani is the perfect Ms. Marvel.” He made quite the fashion statement with his Superdry Vintage Suikajan rich navy jacket paired with a white t-shit.

Ms. Marvel is set to be released on Disney+ on 8 June 2022 and stars Iman Vellani in the lead role. Also appearing in the TV show is Alysia Reiner, Matt Lintz, Yasmeen Fletcher, Anjali Bhimani, Farhan Akhtar, Rish Shah, Zenobia Shroff, Laurel Marsden, and Nimra Bucha. It has been created by Bisha K. Ali. The series follows New Jersey raised Kamala Khan (Iman Vellani) who is a fan of the Avengers and is struggling to fit in until she discovers she has her own powers.

Let us know what you are most excited about in regards to Ms. Marvel on Twitter @CelebMix.