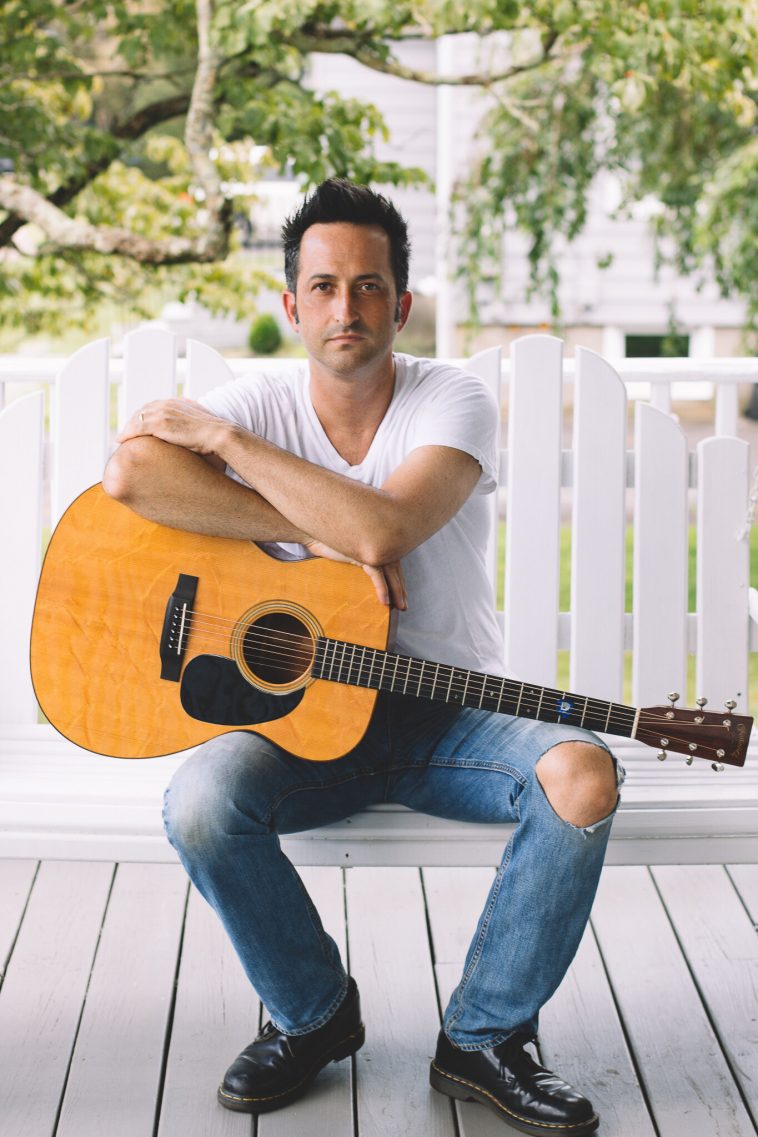 From Van Halen and Ozzy, to Phish, Meatloaf, Cream, and The Ramones, musician Dylan Connor has been immersed in the music industry since he was seven years old, thanks to some pretty sweet neighbors next door and two 1980’s documentaries, ‘This Is Elvis’ and ‘The Compleat Beatles.’

After seeing both documentaries, Connor knew he had to have a guitar immediately. “The best we could do at the time was a plastic Dukes of Hazzard guitar from the toy store,” he told CelebMix, describing the toy as having only plastic strings. “I started writing some songs with my neighbor, and of course, we didn’t know how to play anything. We would just strum, sing, and make up songs.”

At nine-years old, Connor started to play the real guitar, because his next-door neighbors, Davis and Trevor Coen came from a very musical family, as their father, Terry Coen, was a record promoter. “They had all kinds of instruments, a studio in their basement, with drums, guitars, and amps. For me, it was a playground, and I made sure I was around anytime one of the artists [Terry] was promoting records for was at the house.”

Immersed in the music industry from the perspective of artist relations and record promotion, Connor shared that he had the unique opportunity to watch and personally meet some pretty legendary artists, including Van Halen.

One of Connor’s cousins, Pete Angelus, was the Art Director for Van Halen at the time, so with that came some unique opportunities.

“He would get us tickets when Van Halen would come around, which blew my mind. I saw them on a 1984 tour, sitting third-row center. I was probably nine or ten at the time, and it was incredible. All that mixture of living music innately, and having my neighbors that were really able to nurture it, allowed for me to go and see artists like Ozzy Osborne, who I got to meet backstage, and Ginger Baker, who was staying at the house for awhile.” Connor also revealed artists like Meatloaf, Danny Kortchmar, and Corky Laing were regularly around.

After Connor learned to play guitar and sing, he made four track tapes, and eventually put a college band together, called M-Headphone, which according to Connor, was a “serious venture” where they moved out to San Francisco after putting out their first record in 1997/1998. “We toured nationally, playing music for the next five years. We essentially predated cellphones and social media, so there’s not much out there, other than our recordings. Not much video survives.”

Connor’s first solo album, “Plug In”, came in 2004, with the help of producer Bryce Goggin, who Connor says he was lucky to be able to connect with through a mutual friend. “Goggin mixed and produced records I worshipped, like Lemonheads, Nada Surf, The Ramones, Phish, and the list goes on.”

From Putting Out Records to Digitally Streaming on iTunes and Spotify, Connor Has Seen It All

But for the industry that Connor first came into, has certainly evolved and transformed, especially in the past 2-3 years.

“The first thing that comes to mind, is how anyone can just put out music in a legitimate fashion now,” Connor explained. “At first, to get on iTunes, when that was cool, it was like, ‘oh, you’re on iTunes, that’s incredible.’ It made it kind of real. And then, I couldn’t believe I could get my stuff on iTunes. Then Spotify came about, where anyone can put their music on it, yet it still had this legitimacy to it.”

Connor reflected on this change, because where he came from and when he started making records, it was all about “getting signed, a label deal if you could, and then you put out a record, and sell physical copies of the record and CD. Now, it’s kind of a free for all, which is great in a way, because it levels the playing field in many ways. But then of course, obviously there’s all kinds of money involved, as I’m sure creating fake numbers for YouTube and Spotify.”

The biggest change, Connor says, from his perspective, comes from the change of initially putting out physical albums, to now digitally streaming music. And with streaming, comes the highly-contested debate involving royalty distribution.

“There are so many platforms, it’s almost hard to keep up, you know? How do I make sure I’m doing the right stuff on YouTube or Spotify? Should I be putting content out on Bandcamp? And that’s the other thing…Soundcloud.”

The Return of Vinyl

Yes, vinyl is back. And for artists like Connor, it’s a miracle, “It’s coming back; it has been coming back, thank god!” Connor said, referring to the re-introduction of record players into today’s younger generation.

“A friend of mine last week was talking about future nostalgia, you know, because vinyl is all about nostalgia for us, I think. It’s physical and real. I love it. I have a big collection of vinyl, it’s something I’m passionate about. I love holding an album, and nostalgically as a kid, the only thing I had prior to MTV coming out, was the album cover. There was so much mystery behind the cover. I could look at the faces of KISS, Motley Crue, or other wild music characters, and had no idea what they were thinking. I didn’t know what they thought about their food, because there was no Instagram. And I didn’t care. I love the mystique of it, the sequencing of an album, turning it from Side A to Side B. I’m a huge fan of vinyl and glad it’s coming back.”

In our Zoom call, Connor showed us his vinyl player and collection, which hands down, was an incredibly dope setup, connected to a power amp with no ETQ. “It’s made to just play vinyl and so the only thing on it is a big volume.”

Connor, 45, is also a high-school Latin teacher, who brings his love and passion for music into the classroom, to help his students enjoy and survive the complexities of learning the Latin language.

Back in February, Connor released his newest single, “Bring You Back,” which is an elegy dedicated to those who have lost loved ones to the senseless tragedy of an automobile accident. The single along with the March release of the track’s music video, coincided with the theatrical release of Brian Metcalf’s neo-noir thriller, ‘Adverse’. Having previously worked with the director a couple years ago while screening “Little Gandhi”, Connor was happy to get a phone call out of the blue a couple years later from Metcalf, asking Connor to contribute a song to the film. It just so happened that he was in the middle of writing “Bring You Back” at the time.

“When the film came out on DVD and on demand, I came home and got it up on Amazon Prime, fast-forwarded to the scene I knew my song was in and turned it way up,” Connor said in an interview with the Connecticut Post. “It was really kind of a great moment to be like ‘Wow, there’s Mickey Rourke… and there’s my song playing in the background.”