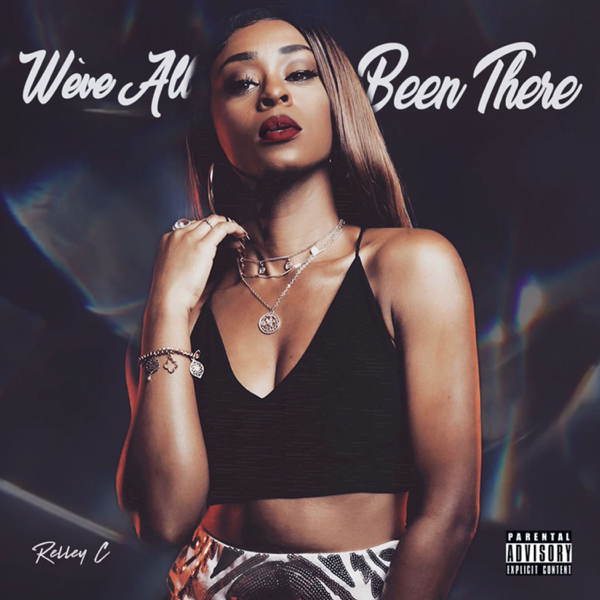 Starting this year off with a bang, Relley C has dropped a brand new EP, titled We’ve All Been There. This is her first release of 2020, and we’re sure there’s even more music to come! The EP follows up Relley C’s previous single release “Complicated“.

Relley C, full name Sherelle Clarke-Samuels, is best known for being a contestant on The X Factor. She competed in series 10 and series 13, in the former she made it to Judges’ Houses before being sent home; but, in the latter, she made it to the live shows and came tenth overall. She has since gone on to release three singles, her debut being “Unruly”, her sophomore single being “Tell Me That“, and last year’s “Complicated”, as well as her debut EP Square One, and now we have her second EP, We’ve All Been There.

This EP consists of five stunning tracks, with the final song being included as a bonus track. Fans will notice that “Complicated” acts as the official first single from the EP, and it is the middle track. Every track is either written or co-written by Sherelle Samuels (Relley C) herself, with “Liar Liar” and “Complicated” also being co-written by Gabriella Henshaw and Lee Jennings, whilst the bonus track, “Kixxes”, was co-written by Candice Francis, according to Spotify. Each track is something special, so here is our track-by-track EP review.

Probably one of the strongest tracks on this EP purely because of her vocal ability, “Liar Liar” shines in every single way. Relley C digs deep from the get-go, showing off her soulful capabilities and her realness in every single way. It’s a catchy, rhythmic beat that definitely deserves a remix, whilst Relley C delves into the lyrics about her partner cheating on her and deciding that she can’t have a liar by her side or lying in her bed. Lyrically, it’s beautiful with some great lines and some brilliant scenes, whilst this singer/songwriter gives perfect energy. We’d love to see a music video for this track, and we bet Relley C brings it on stage when singing this song.

Bringing a more ’00s uptempo R&B track, “Something” gives us something we haven’t quite heard from Relley C, thanks to the producer Chico Star, and we are loving it. The chorus starts the song off and as the verses jump in it’s time to get sexy as she turns it up to 11. It’s sultry but in a relaxed R&B vibe that really shows how great of an artist Relley C really is.

Originally released back in July, we totally stand by the comments we made about the song, back then. It’s quite interesting that this EP has gone from kicking a liar out of her life and her bed with “Liar Liar”, to deciding she wants to get it on with a guy in “Something”, to now deciding she’s in a complicated relationship. The EP story is working well, and this song is a treasure amongst pearls as it’s a catchy grower of a track that is infused with Relley C’s emotions to which she doesn’t hold back at all, yet manages to bring an unstoppable pre-chorus bridge followed by a mellow chorus – that takes skill and this Brummie singer has just that!

Slowing it right down for an R&B ballad, Relley C continues her EP story by falling for a guy and then wanting them to love her for who she is – which is really what love is all about, well should be about. It’s a very powerful track that is one you’ll be singing along to, with conviction, on your second and third plays – we sure were. The song completely wraps up a great narrative that would work amazingly in a music video – one we would watch on repeat. “L.M.F.M” is a stunning ballad of a track that gives power and strength to every listener.

Ending this EP with the bonus track “Kixxes” is pure genius, as it brings back a deep rhythmic soul that simply shows Relley C’s vocal capabilities. The chorus is undeniably full of passion and emotion, whilst the verses allow for story-telling. This song proves that Relley C didn’t have the best opportunities on The X Factor – which we knew due to her stunning cover of Bruno Mars’ “That’s What I Like”. With this bonus track, her voice comes through sultry and sexy, ending the EP with refreshing 2020 R&B vibes mixed with her soulful voice that we could listen to for days on end!

This is simply a magical EP that really showcases who Relley C is, as an artist. Her voice not only tells a story but takes us there, allowing us to feel everything she is feeling and understand where her mind is at, during each of the songs. She’s growing as time goes by into this future star, and we are loving every second of it. And that EP artwork is absolutely stunning! Fierce, in control, and totally owning herself, Relley C is one to watch as she dominates the R&B scene and proves herself as a singer, a songwriter, and an artist!

We’ve All Been There is available to download and stream right now. We can’t wait to see what 2020 brings to Relley C.

What do you make of Relley C’s new EP We’ve All Been There? Let us know on Twitter @CelebMix.