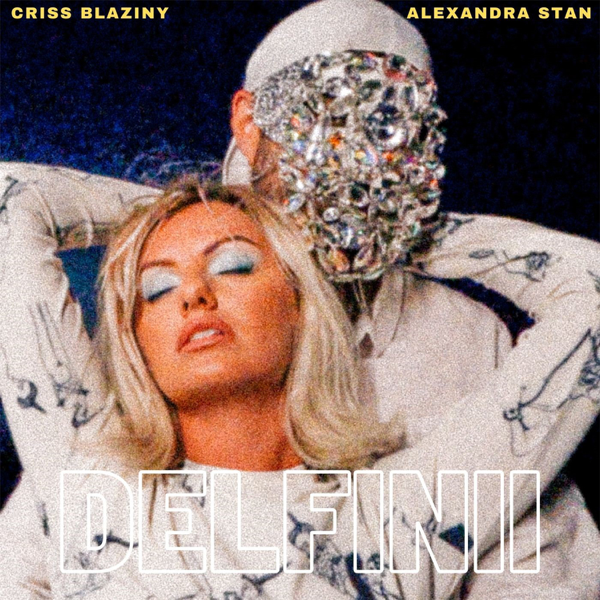 They’ve teamed up again and we are living for it; yes, Criss Blaziny and Alexandra Stan collaborated last week on the new single and music video, titled “Delfinii” – which means “Dolphins” in English. They previously worked together on the awesome track “Au gust zilele”. This follows up Criss Blaziny’s single “Jcole” which features Connect-R & Bvcovia, and Alexandra Stan’s single “Take Me Home“.

Criss Blaziny has been releasing music for many years and is consistently rising in the Romanian hip-hop genre. He has worked with a variety of artists including Alexandra Stan, Connect-R, What’s Up, Shift, and Drei Ros. He released his debut album Rasaritul Apus in 2012 and with his recent new releases we’re hoping his sophomore is on its way. He has worked with Alexandra Stan a number of times as he has directed many of her music videos including “Synchronize“, “9 Lives“, and “I Think I Love It“. He’s definitely someone to keep an eye on.

As for Alexandra Stan, she is a Romanian star who is best known for her worldwide hit single “Mr Saxobeat”; since then, she has been continuing her career by releasing awesome songs and collaborating with some big names including INNA, Daddy Yankee, Antonia, Mohombi, and Manuel Riva. She’s definitely someone to keep watching, especially since she’s already been a global success, and with her dedication and incredible vocals, she will surely do it again. She went to live in Los Angeles during 2018-2019 to work on new music and released “I Think I Love It”, which started a whole new era and saw her sign a new record deal with Universal Music Romania and MediaPro Music. Recently she released “Obsesii” and “Take Me Home“, and she also worked with RDGLDGRN on the single “Danger” which also featured Nitty Scott.

You can’t deny how romantic and beautiful the Romanian language is and Alexandra Stan’s vocals deliver the words sensually, so much so that the words get stuck in your head. The production is slightly weird with her double vocals during the chorus but it adds an element of desire and sure makes an impact, which counterbalances Criss Blaziny’s fired-up rap verses that manage to guide the beat whilst being powerful and strong. Our rough translation of the lyrics suggests the aftereffects of quarantine and lockdown when everything has been lifted and we all go a little crazy for the love that we have been missing.

The music video is a little on the lack-lustre side of things, although we don’t know when this was recorded and the whole world is still adjusting to social distancing measures as well as other steps we all should be taking to stop the spread of COVID-19. The pandemic is still on-going. Having said that, the video is simply just a small circle, giving very little away in terms of visual content. Alexandra Stan certainly shines throughout, by once again selling sexy and sultriness to the camera, but the desired effect – which accompanies the song so great – becomes lost because of such a small visual. What could’ve been a great concept, sadly falls flat; although the dolphin clip is cute and links in with the title of the song. Maybe, this would’ve been a lot better if we didn’t have COVID-19 in the world.

“Delfinii” is available to download and stream right now, via Universal Music Romania and Blazy Vibe.

What do you make of Criss Blaziny & Alexandra Stan’s new single and music video “Delfinii”? Let us know on Twitter @CelebMix.