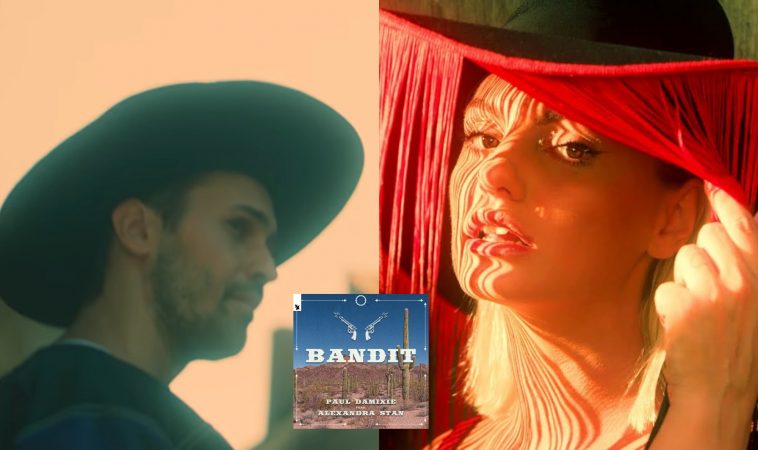 The other week saw Alexandra Stan feature on Paul Damixie’s brand new single, “Bandit” and we have been listening to it on repeat every single day. The track is beyond addicting and one that deserves to gain more popularity, that’s for sure. The track follows up Paul Damixie’s single “Empty Room” which featured Iova, and Alexandra Stan’s single “Tikari” which featured LiToo.

Paul Damixie is a rising Romanian DJ and producer, who is probably best known globally for being in Romanian eurodance music group, Radio Killer. He later went solo and dropped a remix of Adele’s “Hello” which went viral. Since then he has been growing his career, with his single “Get Lost” gaining traction around the world and amassing over 10 million Spotify streams and over 2 million YouTube views. We reckon he’s one Romanian DJ you’ll need to look out for.

As for the featured star, Alexandra Stan, she is a Romanian star who is best known for her worldwide hit single “Mr Saxobeat”; since then, she has been continuing her career by releasing awesome songs and collaborating with some big names including INNA, Daddy Yankee, Antonia, Mohombi, and Manuel Riva. She’s definitely someone to keep watching, especially since she’s already been a global success, and with her dedication and incredible vocals, she will surely do it again. She went to live in Los Angeles during 2018-2019 to work on new music and released “I Think I Love It”, which started a whole new era and saw her sign a new record deal with Universal Music Romania and MediaPro Music. Recently she released “Obsesii”, “Take Me Home“, and “Tikari“, and she also worked with RDGLDGRN on the single “Danger” which also featured Nitty Scott.

According to Spotify, this song was written by Alexandra Stan, Paul Damixie, Serban Cazan, and Vladimir Coman, whilst it was produced by Paul Damixie, himself. As for the music video, that has been directed by SAN with Luca-S Art Film acting as video producer.

This is one addicting song with Alexandra Stan’s vocals sounding brilliant throughout whilst Paul Damixie brings surprising rhythm and melody to the song that truly makes him a stand-out producer. It’s a fun number with both artists bringing an experimental sound to the eurodance track.

The music video has a country and western feel to it, linking in well with the title of the song, “Bandit”, which is repeated throughout the chorus. Visually, it somewhat reminds us of Alexandra Stan’s “Get Back (ASAP)” video as that was also filmed in a similar setting. Alexandra Stan is seen in various settings, starting off with watering a plastic life-sized cactus with a hosepipe which she is watering herself with too, she later gives a performance piece in a fringed cowboy hat that clearly gets in the way of some of the shots, and she also later appears in a bar wearing cow chaps. Paul Damixie can be seen dressed as a cowboy, moving around the town and firing at the cactus.

What do you make of Paul Damixie’s new single “Bandit” featuring Alexandra Stan? Let us know on Twitter @CelebMix.