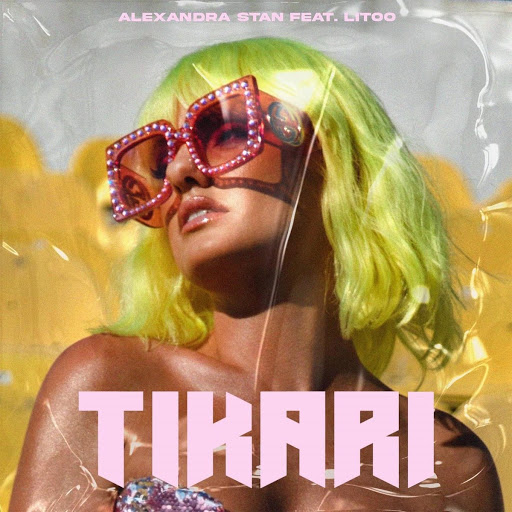 This week saw Alexandra Stan drop her brand new single “Tikari” as well as the colourful music video, both of which feature LiToo. It’s perfect for the summer and one we’re gonna have on-repeat! This follows up Alexandra Stan’s collaboration with Criss Blaziny on the single “Delfinii” and follows up LiToo’s feature on Ciska’s single “Like A Champion”.

Alexandra Stan is a Romanian star who is best known for her worldwide hit single “Mr Saxobeat”; since then, she has been continuing her career by releasing awesome songs and collaborating with some big names including INNA, Daddy Yankee, Antonia, Mohombi, and Manuel Riva. She’s definitely someone to keep watching, especially since she’s already been a global success, and with her dedication and incredible vocals, she will surely do it again. She went to live in Los Angeles during 2018-2019 to work on new music and released “I Think I Love It”, which started a whole new era and saw her sign a new record deal with Universal Music Romania and MediaPro Music. Recently she released “Obsesii” and “Take Me Home“, and she also worked with RDGLDGRN on the single “Danger” which also featured Nitty Scott.

As for LiToo, real name Carlos Enrique Perozo Yuztis, he is a rising star who previously went by the name, Carlito – where he featured on Lariss’ single “Animal” – and LIT where he released the popular track “Me Gustas”. He released his debut album, last year, under the name Carlito, titled Mi Inspiracion, before releasing music as LiToo, where he’s building his fanbase and gaining recognition. He has a new single out soon, titled “Maniatica”. He is set to become a star, so he’s someone we all need to watch, for sure.

According to Spotify, this song was written by Alexandra Stan, Carlos Enrique Perozo Yuztis, and Serban Cazan, the latter of which also produced the track. The video is by Loyal Trip Cartel. Bringing the Spanish flavour, Alexandra Stan shines in this track and music video with LiToo switching it up with his feature.

The sound of summer is blasting through our speakers right now with this awesome track. Alexandra Stan brings fierce vocals in Spanish for “Tikari”, with a hook we can’t quite get out of our heads. In the music video, she sports different hairstyles and in a pop explosion of bright colours, and the red hair look gives us mermaid vibes, whilst the final look with the short black hair brings an old-school style to the table.

Launching right on to the track is LiToo, with a sure-fire verse that adds to the flow of the song and makes a statement sound-wise. The rough translation of the lyrics, that we have, suggests the song is about sexual attraction from the day to the night. The visual accompanies the track well with the nightclub setting emphasising the lyrics of the song, although the camera shots, the visual presentation, and the transitions, are all unstable and too quick.

What do you make of Alexandra Stan’s new single “Tikari” featuring LiToo? Let us know on Twitter @CelebMix.