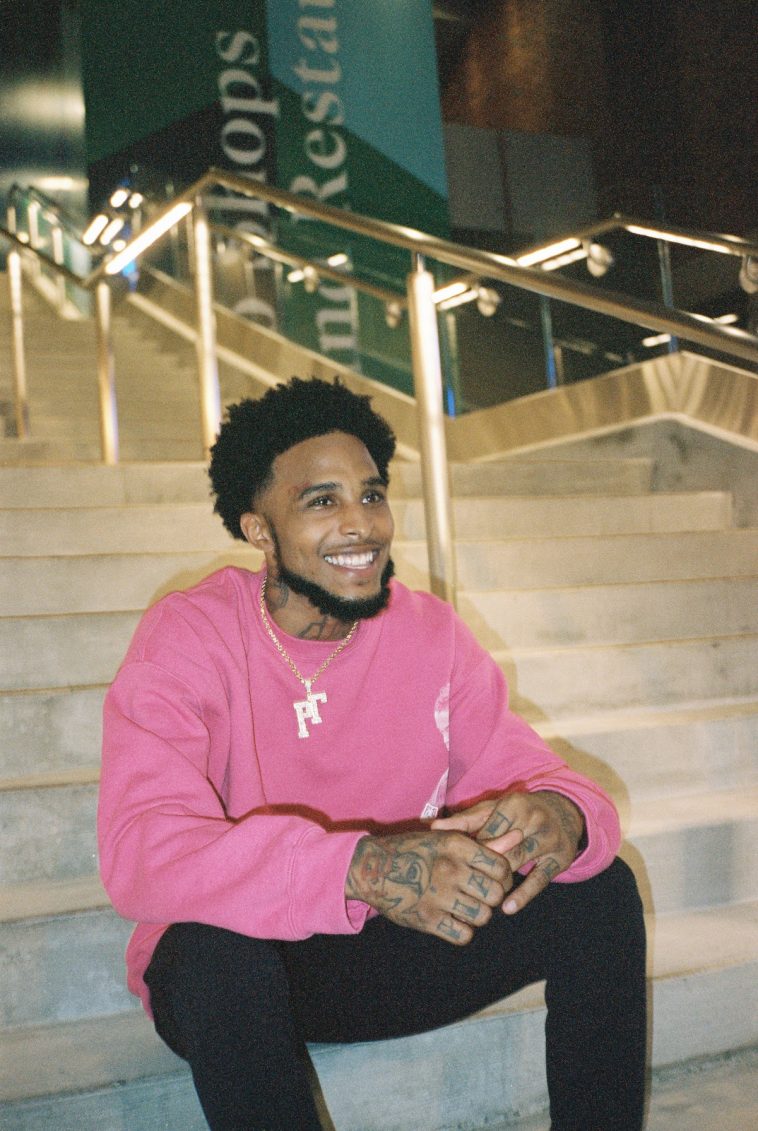 Following on from two previous full-lengths- ‘Cold Hearted’ and ‘Too Many Losses’– the album boasts thirteen new tracks that delve deep into the personal life of the rap artist as he talks about becoming a father, and his best friend being incarcerated.

Chino has racked up over a million streams, found Instagram success, has become the apprentice of renowned producer Nash B and has been lauded by tastemakers such as UPROXX and HipHopWired.

We caught up with Chino to find out more about the new album.

Where did the name Chino Cappin come from? Were you assigned it? Or is it of your own making?

I got the name Chino from my pops. He was known as Chino and the Cappin part came from a female friend. She used to say I was always cappin so I just put the two together.

Your latest project ‘Things Done Changed’ has dropped. Lyrically, we think it’s your most personal to date. Talk us through some of the things that have been going on in your life.

At the time I was going through a lot for real. With me being young and having a child on the way, I was just always concerned about how I was gone be able to provide and keep money coming in. My best friend was locked up and he lost his son while he was away, so that messed with my mind too cause I was already going through stuff trynna figure this father thing out, and for him to lose his child just messed me up more. I then went and cut my dreads off just to get a fresh start. I was tired of all the negativity that came my way so I switched up the look, and I was in jail the first day of 2020. Life was just on my ass like stink on shit for real.

So writing the album has allowed you to deal with things in a positive way. Do you think the outcome could have been quite different if you didn’t have music as an outlet?

It definitely would’ve been a different outcome. I feel as if I would’ve crashed out for real if I ain’t had the music. I was robbing and doing all types of foolishness but I’m glad the way I think now ain’t the same as when I was doing what I was doing. I would’ve been locked up or dead if I didn’t just sit down and put all that time I was putting into robbing or whatever it was I was doing into my music. So it definitely made me realize who I could become.

Were you looking at building on anything in particular?

There’s a lot of talks nowadays about whether social media has harmed or helped the music industry. You found your success on Instagram. Could you tell us then, your take on things?

Instagram definitely made everybody just tune in to me after I started posting videos of me singing. It’s like they wanted to know who Chino Cappin was, and so it definitely helped me.

How much do you owe to your hometown of Fort Valley for shaping the artist that you have become?

I wouldn’t say I owe Fort Valley. I owe my struggle cause that’s what made me. Fort Valley just where I went through all this pain and all this other crazy stuff.

Atlanta has always been a hot bed for hip-hop talent. Why do you think that is?

Cause it’s all love in the A for real.

If you could go back in time and meet with your younger self, what advice would you give?

I would tell myself to keep going, stay focused and get better every day.

For the latest on Chino Cappin: