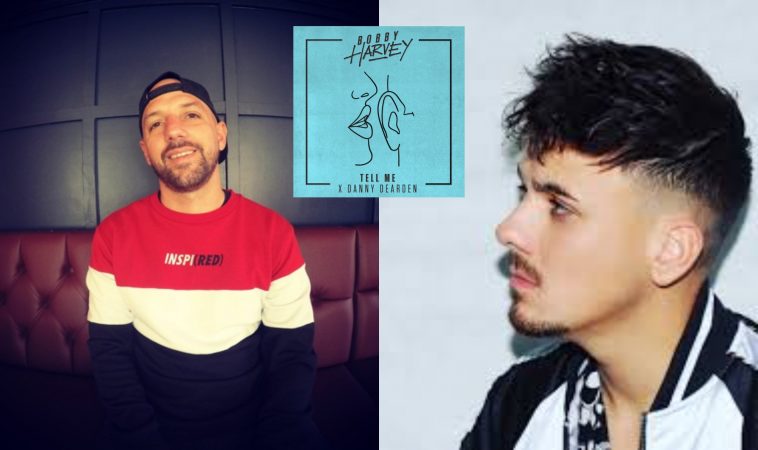 Bobby Harvey is a British producer and DJ having established himself in the house and techno world. He started DJing at the age of 16 and he has been building his expertise in his field which has allowed him to shine on a variety of popular remixes and solo tracks. His latest single “Never Gonna Let You Go” has racked up an impressive half-a-million Spotify streams. He’s definitely someone to watch as he expands his music career.

As for Danny Dearden, he is a singer-songwriter, who has been building his career over the last few years, especially making his name known on the Michael Calfan tracks “Could Be You” and “It’s Wrong” the former has over 6 million Spotify streams and the latter has gained over 2.5 million streams. His collaboration with Erlandsson “Different Kind Of Love” is his third most-streamed single with over 1 million Spotify streams. He has worked with the likes of Dario G, Mark Villa, and the Stanton Warriors, and he has got plenty of more new music on the way and which we are excited about.

According to Spotify, “Tell Me” was written by the artists themselves, with Bobby Harvey producing the track. An official lyric video for the song was released which contains bright neon colours as words flash across the screen.

Watch The Lyric Video To “Tell Me” By Bobby Harvey & Danny Dearden Here:

Sounding amazing throughout, Danny Dearden impresses once again with his vocal, connecting with the song and delivering it to the listeners in a relatable way. We can totally feel his emotions as he asks his lover to tell him what they want, wishing that it didn’t feel like the end and that they could go back to the beginning and enjoy their time together. We’re sure this is beyond relatable to many right now. As for the production, Bobby Harvey has done a right number on this making us wish we were in the clubs right now, living it up on the dancefloors to this amazing track! With an addicting rhythm and unstoppable beats, this is one track you need to add to your party playlists right this second.

“Tell Me” by Bobby Harvey & Danny Dearden is available to download and stream right now, via New State Music. There are also two additional tracks, which are an extended version and a VIP mix, encouraging you to continue listening to this awesome song.

Let us know what you make of Bobby Harvey & Danny Dearden’s new single “Tell Me” on Twitter @CelebMix.