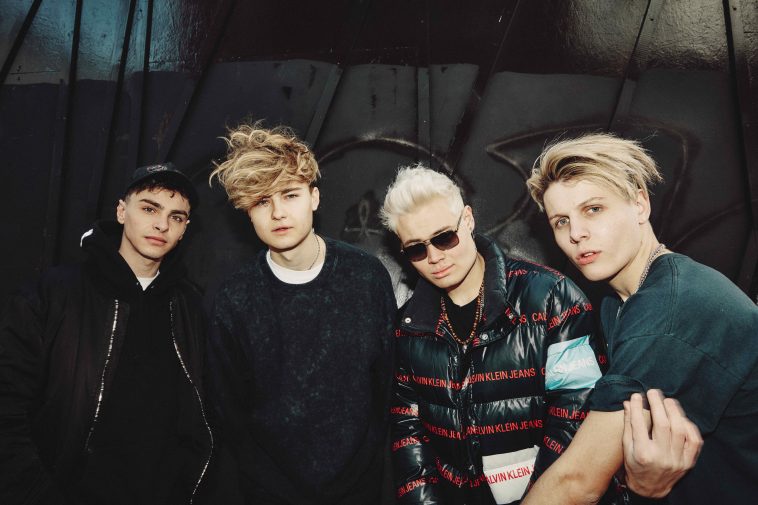 Here at CelebMix, it’s no secret that we love ourselves a good band so you can imagine our delight when we stumbled across new four-piece band Bye The Way.

Made up of Stevie Ruffs (vocals), Jake Khadaroo (drums), Killian Paul (guitar) and Louis Black, Bye The Way are an up and coming band who joined forces after finding each other via social media.

Influenced by artists including The Red Hot Chilli Peppers, Bruno Mars, 5SOS and The 1975, the band have fused together each member’s personal taste to create a thrilling and uplifting pop-rock sound which is set to create huge waves within the music industry.

Bye The Way released their debut single ‘Too Good To Let Go’ on Friday (May 29) and it’s the perfect introduction to this rising quartet. Laced with funky guitars, infectious hooks and clap-along melodies, ‘Too Good To Let Go’ has all the makings of a hit and is we suspect you’ll be hearing a lot more from Bye The Way in the very near future.

Listen to ‘Too Good To Let Go’ below.

Despite only just releasing their debut single, Bye The Way already have an impressive online following which is no doubt going to grow enormously following the release of original music. We can’t wait to follow Bye The Way’s journey as they prepare to shake up the music industry.

‘Too Good To Let Go’ is out now and don’t forget to check out the band on Instagram.

What do you think of Bye The Way and their debut single? Let us know on Twitter @CelebMix