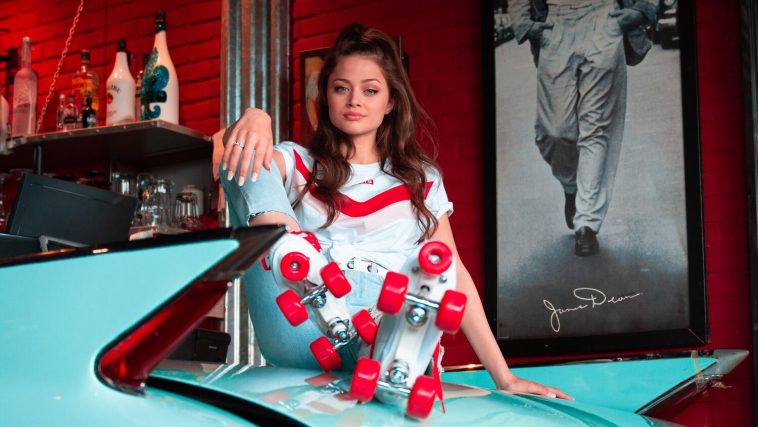 We’re slowly approaching the annual music extravaganza that is the Eurovision Song Contest, and the competing countries have started to make their big announcements. Now, it’s Greek broadcaster ERT’s turn to reveal their entry – they have chosen Greek-Dutch singer Stefania Liberakakis to represent Greece at the 2020 ESC in Rotterdam with her new song “SUPERG!RL”.

The 17-year-old lady was born in Utrecht, the Netherlands, and knew at a very young age that she wanted to be a singer. She was only 10 when she competed in The Voice Kids and sang as part of Kinderen voor Kinderen. In 2016, Stefania represented the Netherlands at the Junior Eurovision Song Contest as part of the girl group Kisses, finishing 8th.

Despite being successful as a singer, performing is not the only thing she’s good at. From 2018 onwards, she stars in the TV series “Brugklas” (The First Years), and she has also starred in several Dutch movies.

Check out the music video for Stefania’s latest single “Turn Around” below:

When confirming the happy news on her social media, Stefania said:

YESSS I will proudly represent my country GREECE in the Eurovision Song Contest 2020 in Rotterdam!! It’s so crazy to realize that this dream has actually come true!! Many thanks to ERT for giving me this opportunity! I hope to make my fellow ??????? and also all Nederlanders so proud! I will go for it 100% and I will not let you down!!

Stefania’s song “SUPERG!RL” was composed by a highly experienced team, namely Dimitris Kontopoulos and the group Arcade. Kontopoulos now celebrates his 10th year of participating in the Contest as a songwriter and producer. The lyrics were written by Sharon Vaughn, who wrote “Scream” for Sergey Lazarev last year.

The Eurovision 2020 acts that have been announced so far are Blas Cantó for Spain, Hooverphonic for Belgium, VICTORIA for Bulgaria, Sandro for Cyprus, Vincent Bueno for Austria, Arilena Ara for Albania, Tornike Kipiani for Georgia, Jeangu Macrooy for the Netherlands, Vasil for North Macedonia, Tom Leeb for France, Benny Cristo for the Czech Republic, and Eden Alene for Israel. The remaining countries are expected to reveal their acts in the coming months.

What do you think about Stefania and her song “SUPERG!RL”? Let us know your thoughts on Twitter @CelebMix!