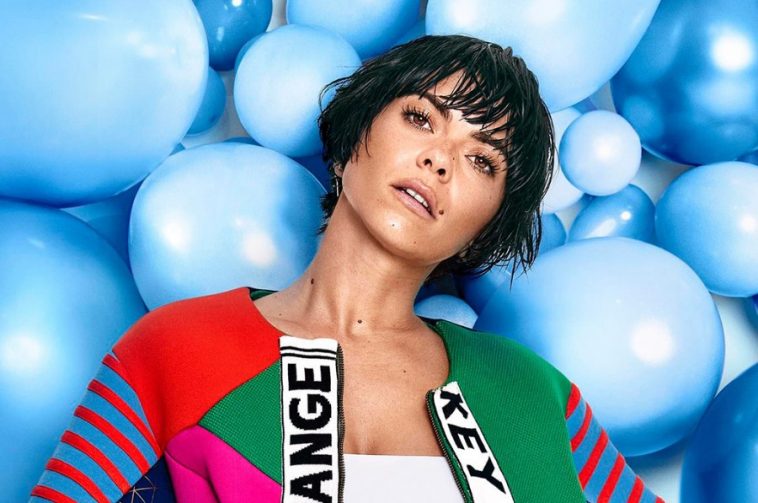 We’re getting used to having INNA drop extended versions of her tracks, and her latest one is a CelebMix favourite, “Nobody“. It has been officially released on INNA’s YouTube Channel with an animated neon music video. She last released an extended version of her collaboration with SICKOTOY & TAG, titled “VKTM“.

INNA always impresses to no-end, and this is certainly one of her best songs to-date, lyrically. It has been written by Fridolin Walcher, Ki Fitzgerald, and Laura White – the latter of which is best known for competing in the fifth series of The X Factor where she placed eighth and has gone on to gain critical acclaim with her solo releases and collaborations with the likes of MOTi, Galantis, Mike Candys, MistaJam, and Cash Cash; she’s a CelebMix fave and we’re always following her releases, we even interviewed her back in March.

The animated visual follows a neon car on a very imaginative track, which is heading towards the “Andromeda Galaxy” and the “Triangulum Galaxy”. There are scenes of a neon city intercut throughout, with a sunset. We also see race cars speeding along neon desert lands. There’s also a scene where we see a metallic neon naked male in a digital empty plane. We soon see the digital driver of the initial car, standing in the door of the vehicle. It’s very digital, very tech-heavy, very typical of house music visuals, which is the path INNA seems to be going down for this era with her recent releases. It reminds us a lot of Giorgio Moroder’s video for “Tom’s Diner” which featured Britney Spears. As for the track, it has been extended by one minute and 21 seconds, which you can definitely feel at the start and end of the song, as the backing track has been increased.

Watch The Extended Version Video To “Nobody” By INNA Here:

“Nobody” is available to download and stream right now, through Global Records. The extended version is only available on YouTube, for now. We are hoping remixes for this track gets dropped soon.

What do you make of the extended version of INNA’s song “Nobody”? Let us know on Twitter @CelebMix.