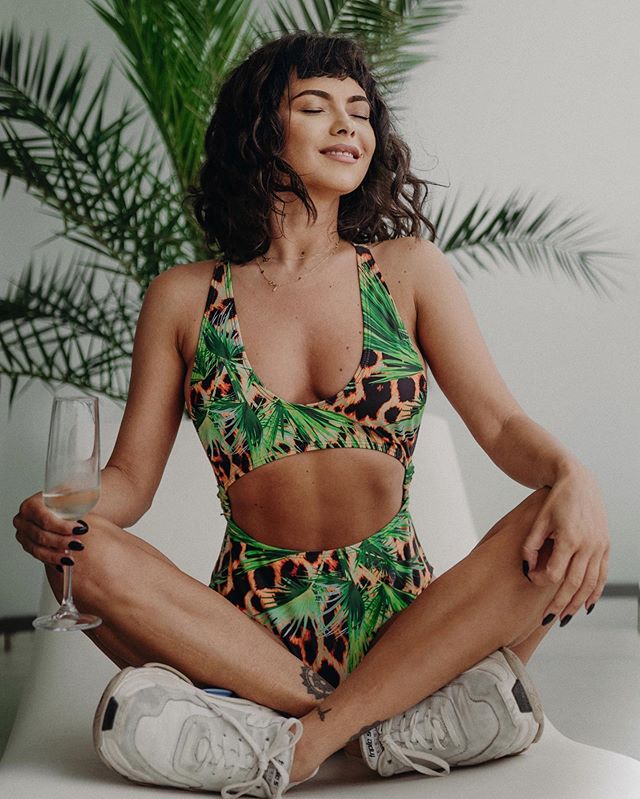 If there’s one artist in the entire world that delivers summer hit after summer hit, it’s INNA, but this time around, her new release, titled “Nobody”, has to be one of her best summer releases of her 12-year career. This single release follows up her collaboration with SICKOTOY & TAG, titled “VKTM“.

INNA, real name is Elena Apostoleanu, is one of the biggest Romanian female artists around at the moment, having gone on to have international success with her early singles such as “Hot”, “Amazing”, and “Sun Is Up”. She continued her success with a variety of singles that have hit over 100 million views on YouTube including “Ruleta“, “Gimme Gimme“, and “Heaven“. She has collaborated with some of the biggest artists and DJs including Flo Rida, Pitbull, J Balvin, Daddy Yankee, Martin Solveig, Sak Noel, and Dannic, to name a few. Last year, she dropped her sixth studio album, YO, which saw her take creative control, spawning the singles, “RA”, “Iguana”, “Sin Ti”, “Tu Manera”, and “Te Vas“. We also managed to speak to INNA in an exclusive interview about the album. Now she’s working on a new era with the release of “Bebe” with Vinka, “Not My Baby”, “Sober”, and now “Nobody”, as well as collaborating on Yellow Claw’s track “Baila Conmigo” with Saweetie and Jenn Morel, and releasing “VKTM” in collaboration with SICKOTOY & TAG. We also expect the third issue of INNAMag after she released issue one and issue two last year.

According to Spotify, this brand new single has been written by Fridolin Walcher, Ki Fitzgerald, and Laura White – the latter of which is best known for competing in the fifth series of The X Factor where she placed eighth and has gone on to gain critical acclaim with her solo releases and collaborations with the likes of MOTi, Galantis, Mike Candys, MistaJam, and Cash Cash. The track was produced by Fridolin Walcher, whilst the lyric video was created by Alex Chitu/BMABID.

Watch The Lyric Video To “Nobody” By INNA Here:

Keeping with her deep house vibe, INNA’s new single, “Nobody”, adds summer-infused rays into the mix. She’s really sending her fans back to her roots with the same feels that we got when she dropped “Hot”, “Sun Is Up”, “More Than Freinds”, “Be My Lover”, and “Cola Song”, as we’re at the height of summer again, and we are ready for an anthem to define our summer – now more than ever due to the pandemic – and INNA has just given us the track we’ve all been waiting for. Non-stop addicting, “Nobody” is one of those tracks you can’t help but listen to on-repeat and one you’ll start singing along to in no time. INNA’s vocals are pure perfection and she simply takes us to a beach party with this track. The lyrics paint the story of being in love and no one else being able to measure up, in comparison. It’s rare for INNA to release a lyrical masterpiece of a track, and yet here one is with “Nobody”, the songwriters sure have crafted this track beautifully and intricately and we’re so glad that this is a part of INNA’s music catalogue.

The lyric video emphasises the sun-beach vibes we get from the song, and makes us even more jealous that we aren’t blasting this song out by the beach. The visual certainly adds to the song, overall, and we cannot wait to see what INNA and her team releases as the official music video to the song.

“Nobody” is available to download and stream right now, through Global Records.

What do you make of INNA’s new single “Nobody”? Let us know on Twitter @CelebMix.