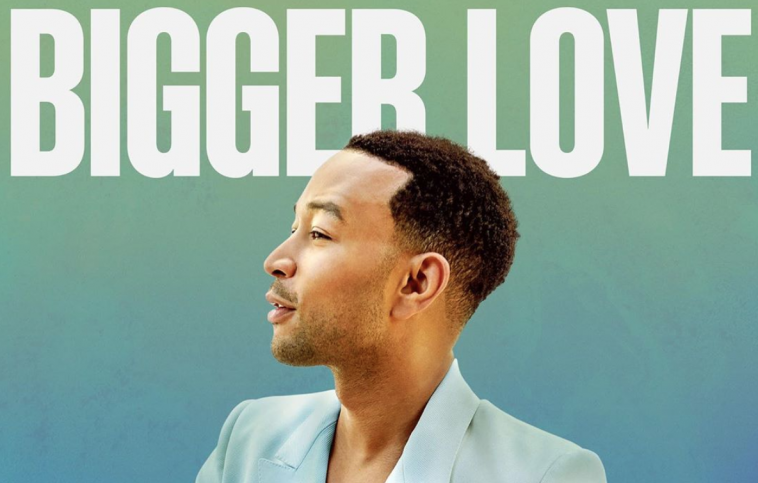 John Legend is gearing up to release his brand new album, Bigger Love, and fans have finally received a sneak peek of what’s to come.

The “All of Me” singer revealed his artwork and the track list for the upcoming LP on June 12th. This project will be Legend’s seventh studio album and include 16 tracks. Hit singles such as “Actions,” “Conversations in the Dark” and the title track are now confirmed to be officially included amongst others.

Bigger Love also features collaborations with Jhené Aiko, Rapsody and Gary Clark Jr. as well as other popular artists in the industry.

Legend officially shared the news with his fans on Twitter by saying: “I’m so excited to introduce my new album #BiggerLove to the world. Here’s the album cover painted by brilliant artist Charly Palmer. Check out the track list, including my amazing featured guests.”

He continued by openly sharing details and specific information about the album in a thread on the popular social media platform.

“The songs are inspired by the loves of my life: my wife, my family and the rich tradition of black music that has made me the artist I am,” Legend tweeted.

The tracks were all recorded before the coronavirus and anti-racism protests, which Legend confirmed through a longer post on his Instagram.

In the lengthy post, he explained: “It’s important for us to continue to show the world the fullness of what it is to be black and human. Through our art, we are able to do that. This album is a celebration of love, joy, sensuality, hope, and resilience, the things that make our culture so beautiful and influential.”

Bigger Love is set for release on June 19, 2020, via Columbia Records.