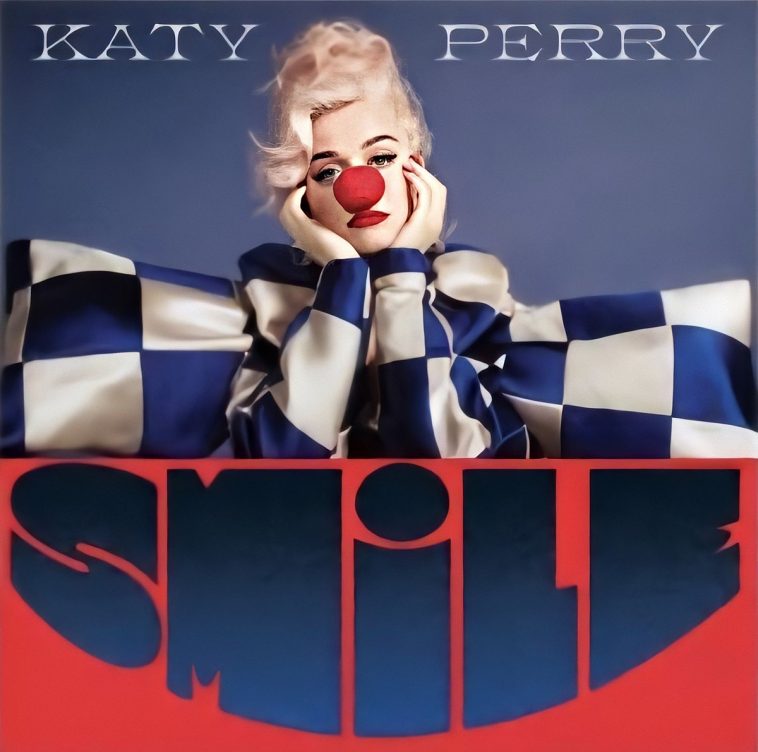 Smile is also the name of Perry’s next single, out this Friday at midnight local time, July 10th.

When announcing both the song and album, Perry said that she wrote the “title tracks when she was coming through one of the darkest times of her life and had lost her smile.” She goes on to say that this whole album is her journey towards the light- with stories of hope, resilience, and love.

Listen to a preview of the song below.

Adorning a red clown nose and a checkered bowtie dress, Smile seems to be circus-themed. Either that or Perry is calling us all clowns.

In May, Perry released the lead single, “Daisies,” which was a hit among fans and music listeners.

Smile is the follow-up to Perry’s 2017 purposeful pop album, Witness, which sadly did not receive great reviews from critics.

After Perry hinted to Smile in her Can’t Cancel Pride performance, many fans believed that was the name of the album and they were right!

In an interview with Martha Debayle, Perry also said there will be a song called “Champagne Problems,” on the album. The song is about going through hell and digging out all of the problems and in the end, everyone has champagne problems and that’s a good thing.

“Never Really Over,” one of her more popular stand-alone singles, is also rumored to be on the album. Fans really want a Taylor Swift collaboration too, but we’ll have to wait and see if the pair will team up for a track one day.

If you pay attention to the names on the merchandise in her store, you might figure out what some song titles are.

Perry is also expecting her first child with fiancee, Orlando Bloom. The couple announced they are having a girl and that they don’t know which is going to come first, the album or the baby.

The album is now available for pre-order and pre-save, along with Smile merch. We are so excited for Smile and cannot wait for the arrival of baby kat.

Are you just as excited about Smile as we are? Let us know on Twitter at @CelebMix.